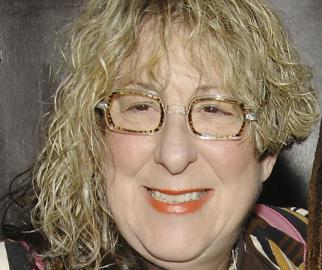 In this Jan. 9, 2018 file photo composer Allee Willis attends a post show reception in New York. Willis, a songwriter whose work included the Broadway musical "The Color Purple" as well as Earth, Wind & Fire's "September" and the "Friends" theme song, has died. She was 72. (AP Photo/Evan Agostini,File)
LOS ANGELES (AP) --

Allee Willis, a songwriter whose work included the Broadway musical "The Color Purple" as well as the theme song from the TV show "Friends" and Earth, Wind & Fire's "September," has died. She was 72.

The cause of death Tuesday was a cardiac event, her publicist, Ellyn Solis, told The New York Times.

The Times did not specify where she died, though she had been living in Los Angeles. The Associated Press could not immediately reach Solis.

Willis was inducted into the Songwriters Hall of Fame in 2018 — more than 30 years after she won a Grammy for co-writing Patti LaBelle's "Stir It Up" for the soundtrack of "Beverly Hills Cop."

She was nominated for but did not win, Grammy and Tony awards for co-writing the music for "The Color Purple."

She was also nominated for an Emmy for the "Friends" theme song, "I'll Be There for You" performed by the Rembrandts but lost to the theme of "Star Trek: Voyager." 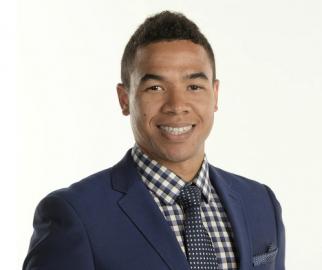 This undated photo provided by ESPN images shows ESPN college football reporter Edward Aschoff. The sports network announced Aschoff died Tuesday, Dec. 24, 2019 after a brief illness. Aschoff joined ESPN in 2011 as part of the SEC blog network, which covers the NCAA Southeastern Conference. During the past three seasons, Aschoff reported from college campuses across the U.S. for ESPN.com, SportsCenter, SEC Network and ESPN radio, ESPN reported. He was both a television and radio sideline reporter during games. (Rich Arden/ESPN Images via AP)
BRISTOL, Conn. (AP) --

ESPN college football reporter Edward Aschoff, known for his outgoing and friendly personality, dapper dress and great love of sports, has died. He was 34.

"We are very sorry to have to share the devastating news of the tragic passing of friend and ESPN colleague Edward Aschoff," ESPN said in a statement. "He died earlier today, his 34th birthday. Our thoughts are with his loved ones, including his fiancée, Katy."

Aschoff joined ESPN in 2011 as part of the SEC blog network, which covers the NCAA Southeastern Conference. During the past three seasons, Aschoff reported from college campuses across the U.S. for ESPN.com, SportsCenter, SEC Network and ESPN radio, ESPN reported. He was both a television and radio sideline reporter during games.

A native of Oxford, Mississippi, and a 2008 graduate of the University of Florida, Aschoff previously covered More 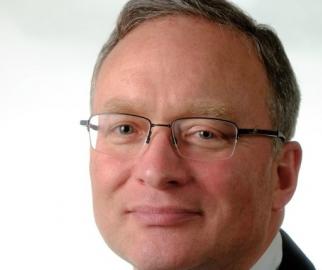 Stuart Singer has been named CEO of Schneider Optics Inc, the U.S. subsidiary of Schneider-Kreuznach.

Singer will be responsible for the sustainable growth of Schneider Optics by reinforcing business and partnerships with current customers, developing new business and new opportunities for the years to come.

“My vision is to optimize the company’s standing in industrial optics, optical filters and cine optics,” said Singer. “I am also looking forward to building the technical sales team and taking the forefront in optical solutions and applications.”

Singer has a degree in Physics from Ohio State University and a degree in Physics/Optics from Hofstra University. He started his career at Loral Fairchild Imaging Systems, NY, managing the optical engineering and fabrication departments, specializing in optical systems for space and defense.

In April 1994, he joined Schneider Optics, Inc. as SVP and CTO. He co-developed the More 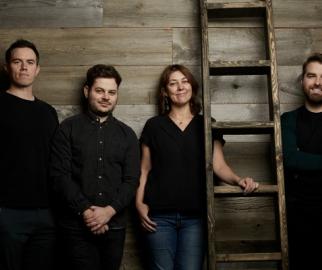 Outsider Editorial has promoted John Gallagher from jr. editor to editor, marking the first addition to the Toronto-based company’s roster since its launch in June 2018.

Gallagher is a home-grown talent who has quickly amassed a diverse reel of high-profile clients and projects between Canada and Los Angeles, including Porsche, Netflix, Samsung, Adidas, Spirit of York, Capital Group and Canadian Down Syndrome Society.

Gallagher’s attention to detail and sound design is evident in all of his work, most notably in his latest Sapporo “East Meets West” campaign with The&Partnership, which garnered him a bronze in craft in the Mick Griffin Best Editing category of the 2019 Advertising & Design Club of Canada (ADCC) Awards. The campaign also won bronze at the Epica awards in the Branded Content Series category.

Goh Iromoto, the director of the Sapporo campaign, said, “Every time I work with John he’s always returned a first edit More 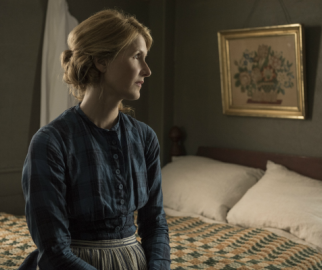 Laura Dern likes the spoken word so much she even enjoys callbacks to re-record lines for her movies.

"Some actors complain about it," she says. "But it gives me an opportunity to add something to the film."

Dern was interviewed by telephone recently about a vocal project she especially enjoyed, serving as narrator for a new audiobook production of "Little Women," the Louisa May Alcott story that's also coming out this week as a movie directed by Greta Gerwig, with Dern playing the March family mother, Marmee. The audiobook was produced by the producer-distributor Audible. Readers providing voices for the characters include Suzanne Toren, Lauren Fortgang and Allison Hiroto.

Dern's memories of "Little Women" date back to around age 13, when she and her grandmother would read it aloud together and when Dern read the novel by herself.

"It was an amazing time for me to read the book," she says. "It was around the time I was More 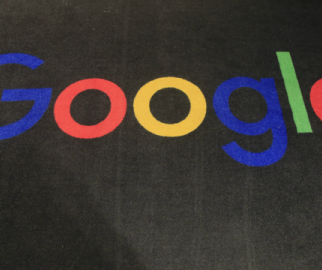 In this Monday, Nov. 18, 2019 file photo, the logo of Google is displayed on a carpet at the entrance hall of Google France in Paris. France's competition authority has fined Google 150 million euros ($166 million) for "abusing its dominant position" in the online ad market. (AP Photo/Michel Euler, File)
PARIS (AP) --

The agency said the U.S. tech company mistreated buyers of ads based on keywords. Methods used by its Google Ads platform are "opaque and difficult to understand" and the company applies them in an "unequal and arbitrary way," it said.

It also ordered Google to clarify  the rules for Google Ads and its procedures for freezing accounts, to avoid "brutal and unjustified" suspensions.

It's the latest in a string of European fines against Google, which faces very little competition for search engine business across the continent. The company has been hit in recent years with multibillion-dollar fines imposed by European Union authorities for unrelated antitrust cases and is also facing increasing regulator pressure on other fronts in Europe and the U.S.

Google said in a statement that More

Newcomers Russell and Ackie know the weight of "Star Wars" 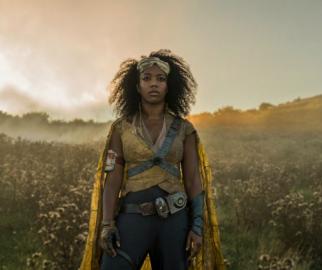 The latest "Star War" trilogy might be drawing to a close, but newcomers Keri Russell and Naomi Ackie are hoping they'll become part of the ensemble of memorable characters introduced throughout the nine film Skywalker saga.

Russell is well-established, while Ackie is an actress on the rise. Both learned quickly about carrying the weight of heightened expectations as the new co-stars in "Star Wars: The Rise of Skywalker."

It certainly didn't take Ackie long to find out. The stakes were laid out in her first meeting with director J.J. Abrams after when she was selected to play a noble warrior named Jannah.

"J.J. said 'I'm not trying to scare you, but there's going to be a lot of young black girls who are going to be really inspired by this character,'" the British actress recalled. "That kind of hit me in the chest. It made me say to myself 'Oh my gosh.' But that helped get ready for this moment."

"Rise of Skywalker," which More 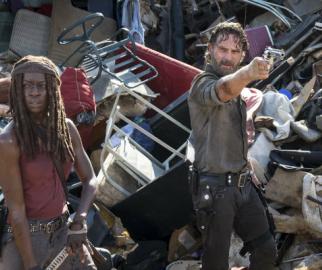 In this image released by AMC, Danai Gurira, left, and Andrew Lincoln appear in a scene from “The Walking Dead.” (Gene Page/AMC via AP)
LAWRENCEVILLE, Ga. (AP) --

A Georgia jury has awarded $8.6 million to the family of a stuntman killed during the production of a "Walking Dead" episode in 2017.

Lawyers for defendants AMC and production company Stalwart Films had argued that John Bernecker's death in a fall from a balcony during a staged fight was an unforeseen accident that happened when the trained stuntman missed a landing pad 25 feet (7.62 meters) below. They said AMC Networks was not found to be negligent as part of the verdict.

Bernecker's parents, Susan and Hagen Bernecker, sued AMC, Stalwart and several other defendants involved in the show's production, claiming they skimped on safety measures for financial and scheduling concerns.

In a statement, plaintiffs More 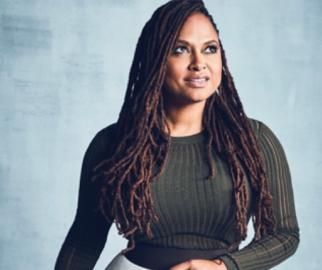 Ava DuVernay, award-winning writer, director and producer, is set to receive the prestigious Television Showman of the Year from the International Cinematographers Guild (ICG, IATSE Local 600) Publicists, honoring her prolific career as a visionary television producer. The 57th Annual ICG Publicists Awards ceremony, which traditionally occurs the week leading up to the Academy Awards®, will be held in the International Ballroom of The Beverly Hilton Hotel on Friday, February 7, 2020. More than 900 industry leaders are expected to attend this year’s luncheon, celebrating excellence in publicity and promotion for motion pictures and television programs.

In making the announcement, Publicists Awards co-chair Sheryl Main said, “Ava DuVernay is the talented force behind some of the most acclaimed works in television and film. Prior to becoming a filmmaker, Ava was an entertainment publicist for 12 years with her own firm. She appreciates the More 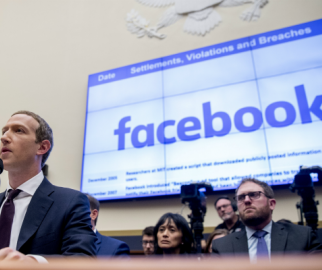 The Competition and Markets Authority said in an interim report it's concerned that the U.S. tech giants have become "entrenched" players in the U.K.'s 13 billion pound ($17 billion) digital advertising market, with "negative consequences" for the people and businesses that use them.

However, it said a "lack of real competition to Google and Facebook could mean people are already missing out on the next great new idea from More