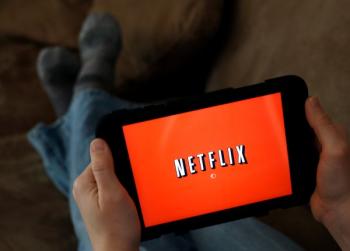 In this Friday, Jan. 17, 2014, file photo, a person displays Netflix on a tablet in North Andover, Mass. Walmart, AT&T and Disney are joining stalwarts such as Netflix in streaming video and creating original shows. But a reality is setting in: Not all will survive. (AP Photo/Elise Amendola, File)

As Walmart, AT&T and Disney join stalwarts such as Netflix in streaming video and creating original shows, a reality sets in: Not all will survive.

Over the past week, Walmart announced plans to partner with MGM Studios on original shows for Walmart's video-on-demand service, Vudu, while AT&T's WarnerMedia said it would create its own streaming service centered on HBO and Turner properties. Disney, meanwhile, is buying Fox's entertainment businesses to beef up its planned streaming service , set to debut next year.

Add to that some existing, but little-known services, such as Filmstruck, Sundance Now, Mubi and others that offer older movies or niche offerings to subscribers.

These companies are trying to keep up with the changing tastes of consumers as they stream video on demand rather than rely on traditional cable subscriptions. But consumers have limited funds to spend; streaming behemoths like Netflix and Amazon got an early start and a lion's share of subscribers so far.

"Too many services (are) going after the same consumer and piece of the pie," Wedbush analyst Dan Ives said. "Streaming represents a significant market opportunity for the coming years but ultimately (streaming video) will have a few clear winners and a graveyard of those vendors that will fail."

In a way, the overabundance of streaming services echoes the proliferation of too many cable channels in the traditional cable model and the old complaint of "so many channels and nothing is on." Back then, cable companies forced you to get those channels and raised monthly fees regularly. Now the power is shifting to the consumer: if they don't want to watch something, they don't buy it.

The streaming market is growing, although at a slowing pace. EMarketer expects the number of people who use one or more video services in the U.S. to grow about 4 percent to 206 million by 2020. Google's YouTube and Netflix are the clear winners so far. YouTube has an estimated 191 million users and Netflix about 133 million, according to eMarketer. Amazon has been nipping at its heels, with an estimated 90 million.

Newer upstarts will face a tough battle to compete.

Each company is hoping its own exclusive content will pique viewers' interest. Walmart and MGM will debut an update on "Mr. Mom." WarnerMedia has HBO's arsenal of hit shows like "Game of Thrones." Disney has an endless stream of popular movies such as "Frozen" and the "Star Wars" and Marvel franchises. It's also planning original shows based on those franchises.

Companies risk extinction if they cannot create their own versions of "Must See TV" shows of the past, said Seth Shapiro, a professor at the University of Southern California's School of Cinematic Arts.

"How many things are people going to want to pay for at once? How many subscriptions can the market bear?" he said. Services "that are sort of nice to have but not really essential will fall by the wayside."

The contest has parallels to the DVD-by-mail competition more than a decade ago. In 2002, Walmart created its own online DVD rental service to compete with Netflix. But the retailer ended that in 2005 and transferred its customers to Netflix, signaling the world's largest retailer couldn't beat the internet upstart at its own game. 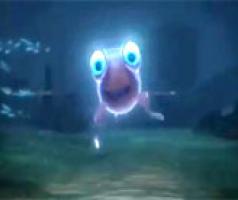 The Association of Independent Commercial Producers issued an amended credit for one of last week's AICP Show honors, and clarified the tally of production house...