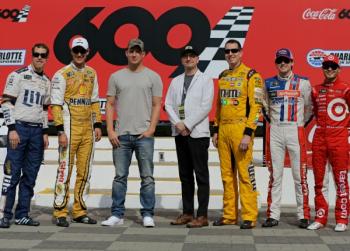 Steven Soderbergh was never a big NASCAR fan despite growing up in the South.

But the Academy Award winning director has become one after working on his new film "Logan Lucky," depicting a theoretical heist at Charlotte Motor Speedway during the Coca-Cola 600.

"NASCAR was kind of mystery to me," Soderbergh said in an interview with The Associated Press on Sunday prior to the start of the Coca-Cola 600. "I only had a very superficial knowledge of it. ... I knew the big names. I would watch the Daytona 500, but I wasn't following it.

"But the fun of this project has been learning a new sport and talking to people at all levels of the sport about the various layers that are underneath the superficial layer that someone like me would see when they watch the race on television."

Soderbergh said he found NASCAR drivers to be fun and "very unpretentious." Kyle Busch, Carl Edwards, Brad Keselowski, Joey Logano, Ryan Blaney and Kyle Larson all have cameos in the movie, though none play NASCAR drivers.

"The complete lack of cynicism was refreshing, because in my business you run into people who have a jaded attitude about what they're doing," Soderbergh said. "It's fun to talk to people that are that engaged."

Channing Tatum stars in "Logan Lucky," which will premiere on Aug. 18. Tatum said he liked the idea of the film right away.

"It is basically a bunch of good ol' boys robbing NASCAR and that got a pretty good giggle out of me," Tatum said.

NASCAR has been heavily involved in the movie.

Zane Stoddard, NASCAR vice president of entertainment marketing and content development, is serving as an executive producer. Stoddard wanted to make sure that NASCAR was portrayed in the right light - and he said Soderbergh has captured that in the film.

"One of the things that was important to us is that even though the characters are down on their luck, lovable loser kind of characters, the vision that Steven and Channing laid out is that NASCAR is going to be this big huge event that is separate from the tone of the characters - and that was important to us," Stoddard said. "The thing that is most important when we partner in these projects is there is a level of trust between us and the filmmakers. ... That trust was there from the beginning and they made it very easy."

This is not Soderbergh's first venture into a heist move. He also directed Oceans 11.

But he feels this movie is different.

"When I read (the script) it felt like it was a kind of film that I like to watch, the kind of film I like to make," Soderbergh said. "It was different. It didn't feel like a repeat of the Oceans movie. It's in the same universe, but in a different galaxy."

After meeting and talking with so many people in NASCAR, Soderbergh has become a fan. He even finds himself rooting for the drivers he has met during the production of the film.

"Now when I watch it, it makes sense to me," Soderbergh said. 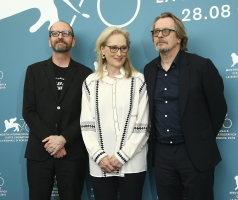 Meryl Streep is describing "the Darwinism of the moment" and not just because her latest film, the Steven Soderbergh-directed Panama Papers satire "The Laundromat," opens with cavemen. 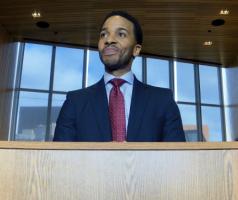 Straight, "no chaser" is how NBA agent Ray Burke (Andre Holland) likes his news in "High Flying Bird," and the same could be said for the cinematic preferences of director Steven Soderbergh, whose... 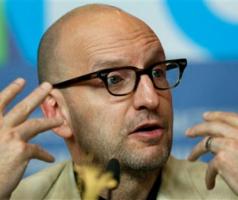 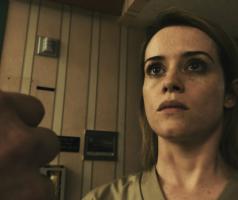 Steven Soderbergh, who briefly retired from Hollywood after lamenting its timid small-mindedness, has shot his second post-... 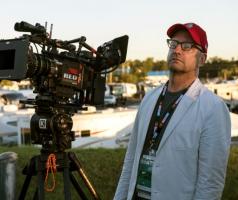 "Populist Pictures" reads the buzzer to Steven Soderbergh's Tribeca office. You might easily mistake it as ironic. It's a grand title for a little nameplate on an otherwise nondescript Manhattan...