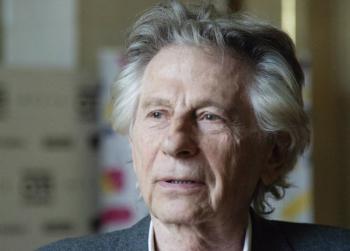 In this May 2, 2018 file photo, director Roman Polanski appears at an international film festival, where he promoted his latest film, "Based on a True Story," in Krakow, Poland. The entire leadership of the Cesar Awards, France's version of the Oscars, stepped down Thursday Feb. 13, 2020, in a spat over both its opaque decision-making process and controversial director Roman Polanski, whose new film, “An Officer and a Spy”, leads this year's nominations. (AP Photo, file)

Filmmaker Roman Polanski is skipping the awards ceremony for France's equivalent of the Oscars — where his latest movie leads this year's nominations — because of protests prompted by a new rape accusation against him.

Women's rights activists have called for a boycott of Friday's Cesars ceremony in Paris, and plastered anti-Polanski banners and graffiti at the event venue and the Cesar academy headquarters.

The entire male-dominated leadership of the Cesars stepped down recently amid a spat over its byzantine decision-making structure and over how to deal with the Polanski problem.

In a statement Thursday provided to The Associated Press, the Paris-based Polanski said the ceremony was turning into a "public lynching." Addressing the new accusation against him and other allegations over the years, he said: "Fantasies of unhealthy minds are now treated as proven facts."

"We know ahead of time how this evening will play out," Polanski wrote in his statement.

Polanski is still wanted in the United States decades after he was charged with raping a 13-year-old girl in 1977 and then fled.

Last year, a Frenchwoman came forward to accuse Polanski of raping her in 1975 in his Swiss chalet when she was 18. Polanski denied it, and the allegations are too old for an investigation.

But the accusation put the director under fresh scrutiny in France, where he has long been revered as one of the country's premier filmmakers despite the outstanding rape charge in the U.S. Other accusations have also emerged.

Polanski's "An Officer and a Spy," about anti-Semitic persecution of French army Capt. Alfred Dreyfus and his wrongful treason conviction in the 1890s, is up for multiple Cesars on Friday.

Polanski, who survived the Holocaust in Poland as a child, said this year's awards "have no place for a film whose subject is defending truth and fighting injustice, blind hate and anti-Semitism."

Polanski, 86, said he decided not to attend the ceremony to protect his colleagues and his wife and children.

However, critics say he is using the film to paint himself as a victim of unfair persecution.

"The parallel that is made between the anti-Semites who attacked Dreyfus and feminists of today who fight for equality between men and woman and the end of impunity for sexual offenses is simply disgusting," Celine Piques, of activist group Osez le Feminisme, told The AP.

Fellow activists painted banners ahead of a demonstration planned outside the Cesars.

"Roman Polanski is not a victim, he is not a persecuted man, he is just a rapist, a child rapist, who is protected by the whole world of cinema in France," she said.

"And this is completely crazy, two years after #MeToo, that while in the U.S. (Hollywood producer Harvey) Weinstein has been found guilty of rape and sexual assault in France, we celebrate Roman Polanski, who is accused of child rape," she added.