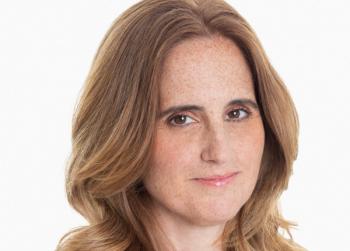 Women In Film, Los Angeles (WIF LA) is expanding the services of its Sexual Harassment Help Line to New York State, in partnership with New York Women in Film & Television (NYWIFT) and The Actors Fund.

The WIF LA Help Line was launched in December 2017 as an active measure to provide support to those who have experienced sexual harassment or misconduct while working in the entertainment industry. In October 2017, the #MeToo movement transformed the landscape of the film and television production field, and WIF LA’s Help Line has since emerged as a crucial community resource. An integrated program designed to meet the specific needs of victims and survivors working in entertainment, the Help Line’s trauma-informed responders provide emotional support and information on victims’ rights, along with referrals to pro bono employment attorneys, a free and confidential support group, and low-fee individual therapy.

With extended hours to serve the East Coast, WIF LA’s Help Line responders will provide services to New York-based callers, with referrals to pro bono employment attorneys, low-fee individual therapy in the New York City area, and Safe Space at The Actors Fund NY—a free support group facilitated by The Actors Fund clinicians who advocate for the empowerment of survivors in entertainment.

“NYWIFT is proud to join forces with our sisters at WIF LA to bring their Help Line to the New York entertainment community,” said NYWIFT executive director Cynthia Lopez. “We are committed to giving women in film and television the tools and support they need to excel in their careers, and that includes making sure they know their rights.”

WIF executive director Kirsten Schaffer said, “To reach gender parity in the entertainment industry, women need to feel safe in the workplace and to have recourse when their rights have been violated. In the nearly two years since the WIF Help Line launched, we have noticed a need coming from our colleagues in New York. By expanding the Help Line, in partnership with our dedicated colleagues at NYWIFT and The Actors Fund, we will provide crucial support to film and television workers in two of our industry’s busiest cities, and continue to empower our community to transform the culture of entertainment.”

“NYWIFT is proud to partner on the Sexual Harassment Help Line’s expansion to New York,” said NYWIFT Board president Jamie Zelermyer. “Providing structured support, guidance, and actionable solutions--in addition to a caring and sympathetic ear--is vital to the creation of safe, equitable and inclusive working environments in our industry.”

For support and more information about Safe Space at The Actors Fund New York, call the Women In Film Help Line toll-free at 855.WIF.LINE.

After-hours calls will be returned during business hours.

Women In Film Los Angeles, along with 17 other organizations working to end workplace sexual harassment, received a grant from CBS to support the expansion of the Help Line. Seed funding for the Help Line was provided by William Morris Endeavor. 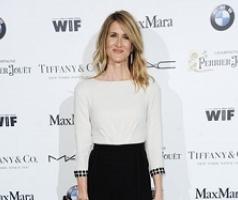