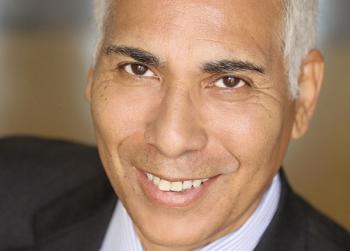 After a six-year absence, Arizona again has a film commission. Studio 48, the Arizona Office of Film and Media, is up and running, looking to showcase the state as a premium destination and location for the lensing of entertainment and advertising content.

The revival of the state film office was made possible in part through a sponsorship that includes more than $250,000 in financial contributions from Scottsdale, Arizona corporation, YAM Worldwide, Inc., owned by GoDaddy founder Bob Parsons, an entrepreneur and philanthropist.

“Supporting the establishment of a state film and digital media office [under the state’s economic development organization The Arizona Commerce Authority] will bring movie-making back to the great state of Arizona, and that’s good for the economy,” said Parsons.

With the state’s rich surplus of talent, resources, unique architecture and scenery—ranging from desert to forest landscapes—Studio 48 will offer location scouting, traffic assistance, talent sourcing and coordination with local and state agencies as needed.

The Arizona Commerce Authority has appointed Matthew Earl Jones as director of Studio 48. He brings 30-plus years of experience on both sides of the camera in film and television, as well as the music industry.

Ballers Lured By Calif. Incentives
Fittingly, the HBO series Ballers—which stars Dwayne “The Rock” Johnson as a former pro football player looking to make his mark as a financial manager—has scored an economic touchdown with a move from Florida to California. After shooting its first two seasons in Miami, Ballers will settle into Greater L.A. for its upcoming season, a prime lure being a reported $8 million-plus worth of tax credits covering 10 episodes. The credits are provided by California’s ongoing filming incentives program covering TV and features.

Ballers becomes the seventh television series to relocate to California to take advantage of the Golden State initiative that’s designed to retain and attract high-impact lensing business. Prior series that have moved to California for the tax credits include FX’s American Horror Story which came over from Louisiana, and HBO’s Veep, a transplant from Maryland. Ballers departs Florida after one of that state’s key incentive programs ended this past summer. According to the California Film Commission, the third season of Ballers will hire 135 cast members, 209 base crew members and 5,700 extras.

Directed by Nicolai Fuglsig (two-time DGA Award winner for commercials via MJZ), Horse Soldiers is based on the book by Doug Stanton, with a screenplay by Ted Tally and Peter Craig, and tells a powerful true story of events which occurred in the aftermath of 9/11.  When a U.S. Special Forces team and their untested captain are sent to a rugged, mountainous region of Afghanistan, they must join forces with a Northern Alliance warlord to fight against overwhelming odds to drive out the Taliban.