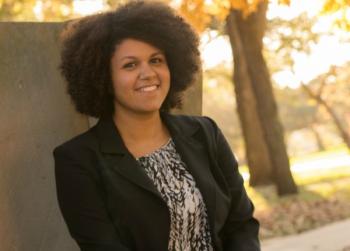 In her new role, Lieber will be Comma’s liaison between its music production library, The Comma Collection, and editors and supervisors in film and TV. Prior to joining Comma, Lieber worked at NBCUniversal Television Music and Bad Sneakers as a music supervisor/coordinator. Her supervision skills were heard on numerous series for such networks as SyFy, USA, E!, HBO, and Fox, including Childhood’s End, Dominion, and Hunters.

“Alison’s love of music is infectious,” Comma creative director/co-founder Larry Pecorella said. “She makes you fall in love with music all over again. Her passion, knowledge, taste for great music—no matter the style—and her effervescent, friendly personality make her the perfect person to help Comma get entrenched in the TV and film world as it has in the ad community.”

With the addition of August and Neri, Comma has six in-house composers. Chicago-based August received her B.A. Music degree from North Central College in Naperville, Illinois, where she was a member of the Vocal Jazz Ensemble. Until recently, she was an intern at Comma and sister post audio/sound design house, Particle. Now a staff composer at Comma, August has compositions that can already be heard in ad campaigns for McDonald’s, Raid, Hallmark, and Hershey’s.

Prior to joining Comma, Neri had no formal music house affiliation as a composer. Neri’s focus will be original music for advertising campaigns as well as for The Comma Collection. His work can already be heard in commercials for McDonald’s and Breathe Right Nasal Strips.

Before Comma, the classically trained Neri spent several months in Los Angeles, working with Emmy-Award winning composer Alex Wurman. Additionally, he is the orchestrator for FORTE, a classical tenor group that has the distinction of being a finalist on America’s Got Talent. Currently, Neri is working on an opera, “Escobar,” which chronicles the search for Colombian drug lord Pablo Escobar. Neri is the composer/librettist of the Spanish-language “Escobar,” which is one of eight selected works for inclusion in Fort Worth Opera’s Frontiers showcase in May.

“Amanda and Matteo fit the criteria we always look for in a composer—a point of view,” Pecorella said. “Both Amanda and Matteo have an incredible amount of talent, and what we’re really excited about is that they are just scratching the surface of it.”