70 Miles From Shore with Watson: Woodside Energy and IBM 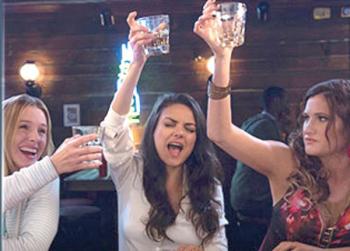 Returning as the stars of A Bad Moms Christmas are the triple threat cast of Mila Kunis, Kristen Bell, and Kathryn Hahn as Amy, Kiki and Carla. This time around, the bad moms receive a holiday visit from their own mothers, in new roles portrayed by Cheryl Hines (Kiki’s mom), with Christine Baranski (Amy’s mom) and Susan Sarandon (Carla’s mom).

A Bad Moms Christmas follows our three under-appreciated and over-burdened women as they rebel against the challenges and expectations of the Super Bowl for moms: Christmas.  And if creating a more perfect holidays for their families wasn’t hard enough, they have to do all of that while hosting and entertaining their own mothers.  By the end of the journey, our moms will redefine how to make the holidays special for all and discover a closer relationship with their mothers.

Q1 Sees Decline In L.A. Location Lensing
On-location filming in Greater L.A.  decreased 2.1 percent in the first quarter of 2017, according to a FilmL.A. report. In all, 9,496 shoot days (SD) were logged during the period, including all categories tracked by the nonprofit. Among all filming categories, on-location feature production suffered the steepest quarterly decline, slipping 36.3 percent to 729 SD. Meanwhile, local production of short-form Web-based TV projects increased 33.7 percent, to 508 SD.

Feature production has been highly variable over the past year, but during the first part of 2017, the category dropped to levels not seen since 2012. FilmL.A. identified several possible explanations for the change, including a reduction in total number of locally made feature projects, and the local unavailability of sound stages.

Incentivized projects, brought to Los Angeles by the California Film & Television Tax Credit Program, contributed 22.3 percent, or 163 count, of the shoot days in the feature category in the first quarter. Eight incentivized features were in production in Greater L.A. in early 2017, vs. five such projects in 2016. 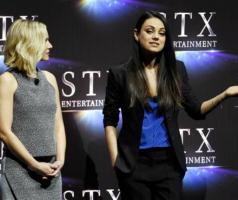 The less than two-year-old company that specializes in mid-budget films like "The Gift" announced...