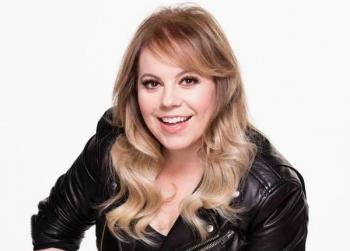 The Television Academy has announced the recipients of the 69th Engineering Emmy® Awards honoring an individual, company or organization for developments in broadcast technology. Kirsten Vangsness, star of the CBS drama Criminal Minds, will host the awards for the second consecutive year on Wednesday, October 25, at the Loews Hollywood Hotel.

The following is a list of awards to be presented:

As founder and chairman of Motion Picture Experts Group (MPEG), Leonardo Chiariglione has led MPEG in setting the worldwide standards for digital video compression and transmission. He will be honored for his pioneering technology and innovation efforts in the field of video compression.

Established in 1946 as the Tokyo Telecommunications Engineering Corporation, Sony Corporation’s contributions in technology, content and services have significantly influenced all areas of television production. Today, Sony is a major supplier of professional equipment in virtually every type of television production including scripted/unscripted entertainment, news gathering and sports coverage.

The ARRI Alexa camera system’s digital imaging capabilities, along with its completely integrated post-production workflow, represent dynamic and transformative television technology. The tool’s original features, including its cohesive color pipeline, onboard recording of both raw and compressed video images, and easy-to-use interface, have contributed to the television industry’s widespread adoption of the technology.

Disney developed a pioneering system, method and technology that allows for foreign language dubs and subtitled versions to be efficiently created and released globally. This was made possible through the use of innovative integrated purpose-built software tools including a Disney-patented casting system and automation templates. This pioneering methodology has become the industry’s de facto model for global delivery of localized assets and finished programs, increasing the ability to more quickly bring content to the rapidly expanding international marketplace.

An important part of dialog processing is to fill out the limitations made by microphone placement and locations under normal production conditions. In the early 1990s, Joseph A. Brennan, Gary L. G. Simpson and Michael Minkler developed the Sonic Assault, an analog dialog processor with the ability to control transients and maintain the clarity and integrity of dialog by attenuating peaks and sibilance. Minkler and Colin McDowell updated the original Sonic Assault and developed the SA-2 Plug-in released in September 2015. This digital simulation of the original Sonic Assault box made it possible to integrate this analog technology in contemporary digital mixes. Since then, the SA-2 dialog processor has become an integral part of the workflow for television mixers.

The development of High-Efficiency Video Coding (HEVC) has enabled efficient delivery in ultra-high-definition (UHD) content over multiple distribution channels. This new compression coding has been adopted, or selected for adoption, by all UHD television distribution channels, including terrestrial, satellite, cable, fiber and wireless as well as all UHD viewing devices, including traditional televisions, tablets and mobile phones. The Emmy goes to the Joint Collaborative Team on Video Coding, a group of engineers from the Video Coding Experts Group of the International Telecommunication Union and the Moving Picture Experts Group of the International Organization for Standardization and the International Electrotechnical Commission for the development of High Efficiency Video Coding.

Shotgun Software is a production management platform designed to streamline collaborative broadcast, episodic animation and visual effects pipelines. Shotgun connects dispersed teams throughout the production process to avoid wasted resources and miscommunication and allow directors and producers to make more informed decisions about their artistry. Providing a centralized hub for producers, managers, directors, artists and supervisors with immediate access to anything from shot status, schedules and directors’ notes to the latest version of a cut, Shotgun has become a ubiquitous and important tool in the complex world of visual effects production. 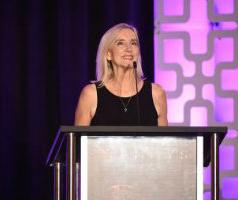 The Television Academy has announced the recipients of the 70th Engineering Emmy® Awards honoring an individual, company or organization for developments in broadcast technology. Kirsten Vangsness...