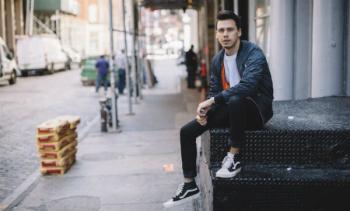 Director and visual artist Shane Griffin has joined Los York as a partner and the global creative director of Los York Studio. Griffin will lead Los York Studio from the New York office, collaborating with both agencies and brands, fostering a collective of artists and multi-disciplinarians to create notable content.

Los York Studio is the mixed-media design and production division of a larger family of enterprises that includes Los York Label, Los York Ideation, Los York Entertainment, and Los York Films, where Griffin is represented as a director.

Griffin has directed films for Apple, Google, Microsoft, Ford, and Adidas, and his work spans a broad range of disciplines from animation and live action, to sculpture and CGI. He has worked with Los York before, including on Apple’s “Let Your Red Out” spot.