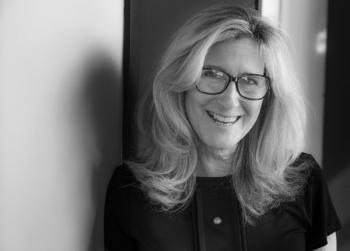 Bohn joins Alkemy X following a 20-year career as an account manager at NFL Films. She was part of the initial team assembled to launch and grow the commercial division of NFL Films, working with advertising agencies and brands in a multitude of industries, including tourism, healthcare, sports, retail, banking, insurance, and pharmaceutical.

“Cheryl has consistently led her clients to success, and has gained an exemplary reputation in the creative industry,” remarks Alkemy X president and CEO Justin B. Wineburgh, who has stewarded several expansion initiatives since taking on his current role two years ago, including Alkemy X’s entry into the European market with a strategic alliance with Amsterdam-based Wefilm. “She is extremely skilled at assembling and presenting effective creative and technical teams to solve her client’s communication objectives.”

Ehrich was most recently sr. VP/executive producer for Taylor James, where she ran the New York office and managed every production since the studio opened in 2013. She previously held positions, including head of production at Stardust and Eyeball NYC, as well as sr. producer at Shilo, 1st Avenue Machine, Spontaneous, Click 3X, and Smoke & Mirrors.

“Eve’s deep experience across a variety of content creation and branding needs fits the mold of Alkemy X and the end-to-end services we offer our clients and creative partners,” said Wineburgh.

Alkemy X’s recent credits include Universal Pictures’ No. 1 box office hit “Split” from writer/director M. Night Shyamalan, as well as a number of TV series, including “Blindspot” for NBC, “Frequency” for the CW, and “Power” for STARZ. Alkemy X is also active in commercials and branded content, including a recent GEICO campaign via The Martin Agency; and “Reframe This Space,” a branded makeover series for Samsung.