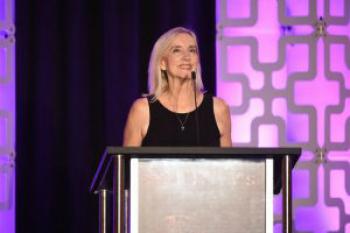 The Television Academy has announced the recipients of the 70th Engineering Emmy® Awards honoring an individual, company or organization for developments in broadcast technology. Kirsten Vangsness, star of the CBS drama Criminal Minds, returns to host the awards for the third consecutive year on Wednesday, Oct. 24, at the JW Marriott Hotel, Los Angeles, at L.A. LIVE.

The following is a list of awards to be presented:

The Charles F. Jenkins Lifetime Achievement Award
Honors a living individual whose ongoing contributions have significantly affected the state of television technology and engineering.
Recipient: Wendy Aylsworth
Wendy Aylsworth’s contributions to content engineering are countless. She is an innovative and award-winning entertainment technology executive with a respected career in emerging technologies, strategic planning, entertainment ecosystems, joint ventures, global facilities management, digital-content production and distribution, and R&D design implementation. A renowned speaker, team leader and board member of many industry consortia, technical advisory groups and standards bodies, Aylsworth spent more than two decades with Warner Bros. Studios, ultimately as their senior vice president, technology, corporate technical operations. Earlier in her career, at The Walt Disney Company she directed technology support for the feature animation division as well as software development for theme park attractions worldwide. Aylsworth is a past president of the Society of Motion Picture and Television Engineers and is a past chair of the Television Academy’s Engineering Emmy Awards committee. She currently serves as the CEO of Walden Pond and president of UltraViolet.

The Philo T. Farnsworth Corporate Achievement Award
Honors an agency, company or institution whose contributions over time have substantially impacted television technology and engineering.
Recipient: Avid
Avid is a leading technology provider, empowering aspiring artists, creative professionals, production teams and media enterprises to create, manage and monetize television programs, films and other media. Upon its founding 30 years ago, Avid broke new ground by reimagining and restructuring how television and film content was created with its revolutionary non-linear editor, which was the first to digitize video. Since then, Avid has grown its commitment to innovation by delivering products that accelerate the entire content ecosystem and connect people everywhere through media. With millions of users and thousands of media companies worldwide relying on the company’s innovative technology and collaborative tools, Avid makes it possible for participants across media to tell stories and report news that entertains, informs and enlightens the world.

Recipient: cineSync Review and Approval
cineSync has revolutionized the way in which television shows can be pitched, produced and delivered by opening the doors to seamless international collaboration. cineSync users can remotely review and annotate on high-resolution, high-frame-rate video with other participants in any location. Collaborators view the exact same frame at the same time on a platform that delivers the high-level security features of watermarking, guest authentication and encryption that production studios today demand.

Recipient: Blue Mix-Fi Headphones
Blue Mix-Fi headphones enable users to produce mixes that translate accurately from headphone to near field monitors to the wall and beyond. The Mix-Fi design allows for independent pre-mixing on loud-mix stages and prevents ear fatigue by exposing details without the need to boost volume levels. Thanks to its unique performance and accuracy, Mix-Fi has been widely adopted by re-recording and production mixers, supervising sound editors, sound designers and music editors.

Recipient: CATS Cam
CATS Cam is a unique application of video technology that gives wildlife filmmakers an unparalleled ability to obtain footage from an animal’s point of view without disturbing its natural behavior. Capable of recording up to 36 hours of image and sound on a multisensory-controlled video camera with maximum 4K resolution, CATS Cam can be programmed to record in different lighting situations, including infrared for nocturnal shoots. CATS Cam has resulted in an extraordinary level of access and understanding of the natural world for scientists and viewing audiences alike.

The Television Academy has announced the recipients of the 69th Engineering Emmy® Awards honoring an individual, company or organization for developments in broadcast technology. Kirsten Vangsness...