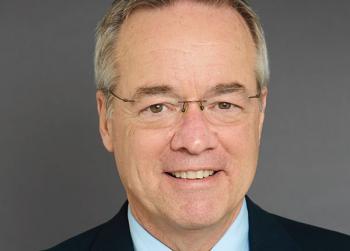 On-location filming in Greater Los Angeles rose 3 percent in the third quarter of 2018. In all, 9,734 Shoot Days (SD) were logged during the period, including all filming categories tracked by a report from the nonprofit FilmL.A. On-location Feature production is up for a third consecutive quarter.

“We are grateful for the continued positive impact of the California Film Tax Credit program as it continues to boost employment and production in Greater Los Angeles,” said FilmL.A. president Paul Audley. “Increases in feature film, commercials, TV pilot and TV drama production are very good news for the region’s economy.”

Incentivized projects brought to L.A. by the California Film & Television Tax Credit Program contributed 15.1 percent or 197 of the 1,301 SD in the Feature category. Incentivized features filming in Los Angeles in the third quarter included Once Upon a Time in Hollywood, Against All Enemies and Birdbox.

The TV category overall saw an increase of 1.8 percent to 4,095 SD in the third quarter. Much of the jump in the TV category was attributed to the TV dramas category which leapt 21.6 percent for the quarter. Incentivized TV dramas accounted for 19 percent or 284 of the 1,497 SDs during the period. Qualifying TV dramas that filmed during the third quarter included American Princess and Netflix’s newly acquired Lucifer.

Decreases were seen in TV comedies (down 3 percent to 518 SD). Incentivized TV comedy projects accounted for 18.1 percent or 94 of the 518 SDs for the quarter. A qualifying TV comedy that filmed during the third quarter was Good Girls. A decline was also seen in web-based TV (down 32.1 percent to 379 SD), a category comprised primarily of short-form content.

On-location commercial production continued to rise in 2018, increasing 4.9 percent in the third quarter (to 1,400 SD), and finishing 9.2 percent above the category’s five-year average.

Roswell Starts Shooting In New Mexico
The new Warner Bros./NM Talent Inc. TV series Roswell has begun principal photography on its first season in the New Mexico communities of Las Vegas and Santa Fe. Production started in August and will run through January 2019.

“We welcome back Warner Bros., an extensive collaborator in the New Mexico film industry, with this creative story based on historic events in Roswell, NM,” said Nick Maniatis, director of the New Mexico Film Office. “Our state’s unique history, crew, support services, and a very successful tax credit have drawn the producers back to our thriving industry.”

After returning to her hometown of Roswell, the daughter of undocumented immigrants discovers a shocking truth about her teenage crush who is now a policeman: he’s an alien who has kept his unearthly abilities hidden. She protects his secret as the two reconnect, but when a violent attack and long-standing government cover-up point to a greater alien presence on Earth, the politics of fear and hatred threaten to expose him and destroy their romance. The series stars Jeanine Mason. 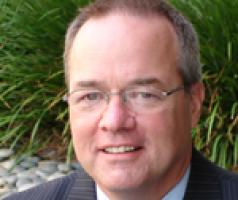 TV PRODUCTION ON THE RISE IN L.A.
FilmL.A. has released new on-location film production statistics for the third quarter of 2014.  FilmL.A.’s latest report revealed a repeat...