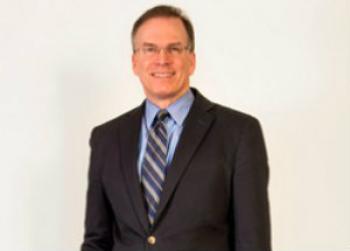 Rural Media Group has purchased the former Imus Ranch in Ribera, New Mexico, and will use the ranch as a TV production base for RFD-TV and The Cowboy Channel.

Productions that will be produced in New Mexico include: Best of America by Horseback, Debbie Duning’s Dude Ranch Round-Up, and Gentle Giants. Production will begin in New Mexico in the spring of 2019.

“The ranch is set up perfectly to assist our desire to produce a wide variety of new television programs and series for both RFD-TV and The Cowboy Channel,” said Patrick Gottsch, founder and president of Rural Media Group, Inc. “The existing authentic old western town, indoor and outdoor arenas, along with over 30 miles of trails located on the 3,400 acres set against the beautiful New Mexico skyline will provide tremendous opportunities for these original productions.”

The western town set on the ranch may also be made available to outside productions.  Since 2011, Governor Martinez has bolstered economic development tools, cut taxes and fees 61 times, and rolled back unnecessary regulations and red tape to create a business-friendly environment in New Mexico. The Governor also expanded the film production tax credit for TV productions, to incentivize the growth of the film industry in New Mexico. Since then, New Mexico has seen three record breaking years of film, has hosted dozens of major productions, and has become home to the first U.S. production of the media giant Netflix.

Fish’s new role recognizes the challenges that film productions face and establishes a direct line of communication with City Hall. This liaison role can be helpful in coordinating broad cooperation across city bureaus, problem solving, assisting with long-term financial sustainability, and establishing a high-level city lead in any issue involving the film industry.

The project slate crosses genres and formats, growing and developing content including television series, documentaries and a feature film. The five selected projects are: In Blood produced by Underground Films and Hoodwink Films; Crossfire produced by Tile Films and Soapbox; Children of the Church produced by Wildfire Films and Screen Siren; Cry from the Sea produced by Shinawil and Sepia; and Recovery produced by Samson + Goonworks.

This fund is the first international co-development program of its kind in Western Canada, with each partner contributing $75,000 toward the total of $150,000.

Previous co-productions between Ireland and Canada have produced internationally acclaimed award-winning projects, such as Room, Brooklyn, Maudie and The Breadwinner. The new program serves to deepen relationships between the countries and to promote B.C. collaborations with Ireland’s movie producers.