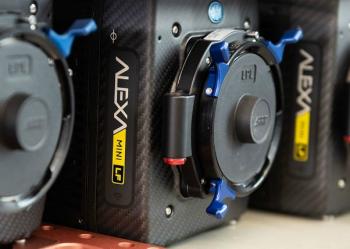 After extensive testing, ARRI quality control has approved the final production software for the ALEXA Mini LF. Cameras featuring this software started shipping today (9/18). Owners of pre-production cameras can download the updated software and install it on their cameras.

“Large format is taking off now,” said Stephan Schenk, managing director of ARRI Cine Technik and responsible for ARRI’s Business Unit Camera Systems. “In 2018, when we introduced the ARRI large-format camera system with the ALEXA LF camera, ARRI Signature Prime lenses, and LPL lens mount, the production community was excited to try something new. By now, many have worked with the ALEXA LF and are appreciative of the unique large-format look of our LF sensor. Now that the ALEXA Mini LF is officially shipping, we can offer the perfect team of tools. Together, the fully-featured, high-speed ALEXA LF and the small and lightweight ALEXA Mini LF can tackle any job.”

Both cameras share the same large-format sensor based on technology used in all ARRI digital cameras. Therefore, both share ARRI’s best overall image quality with the highest dynamic range of any production camera as well as ARRI color science for natural colorimetry, pleasing skin tones, clean VFX, and easy color grading. However, the LF sensor has twice the area of Super 35 sensors for that unique large-format look, increased sharpness, higher contrast, and smoother images combined with a lower noise floor for higher usable sensitivity.

The ALEXA Mini LF manages to fit that huge sensor in a Mini-sized body, with many new features like a media bay for the new Codex Compact Drives, a new high-contrast and high-resolution viewfinder with an additional flip-out monitor, internal motorized full spectrum ND filters, built-in microphones, additional accessory power connectors, genlock sync, and much more. The ALEXA Mini LF records Apple ProRes or ARRIRAW in-camera without any add-ons and runs on 12 or 24 Volts. Since it is almost the same size and weight as the ALEXA Mini, the ALEXA Mini LF is compatible with most ALEXA Mini mechanical and electronic accessories, making deployment fast and easy. The LPL lens mount is perfect for ARRI Signature Prime lenses as well as for other manufacturers’ large-format lenses, and the PL-to-LPL adapter allows the use of all PL mount lenses. Using the stand-alone ARRI Wireless Video Transmitter WVT-1, the ALEXA Mini LF can easily become part of the full ARRI wireless video system, which is gaining in popularity.

Marc Shipman-Mueller, product manager of camera systems at ARRI, added, “After we announced the ALEXA Mini LF, demand was so great, and many cinematographers really wanted to use the camera on their projects, that we decided to make pre-production cameras available before the official shipping date. We are happy that the pre-production camera’s performance has met our customer’s expectations. ALEXA Mini LFs have been on some spectacular high-end feature films, commercials, and TV series already and cinematographers are very pleased with the results. All that we have learned from those productions has, of course, been incorporated into the final production software.” 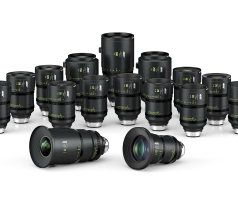 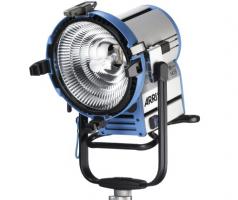 To mark the 10th anniversary of its M18 daylight lamphead, ARRI is offering a special edition of the fixture, limited to 500 units. The lampheads, printed with the anniversary logo on the housing... 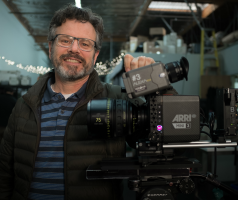 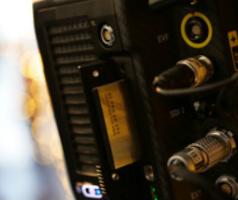 ARRI is introducing the ARRI Edition AV PRO AR 256 CFast 2.0 card by Angelbird. The card has been designed and certified for use in the ARRI ALEXA Mini and AMIRA camera systems and can be used for... 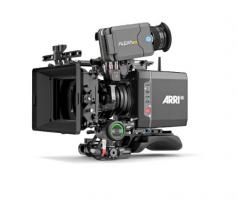 A tool to help camera operators take control of lens functions is being launched by ARRI at IBC 2018. The Operator Control Unit OCU-1 is an addition to the WCU-4 lens control system on ALEXA Mini...