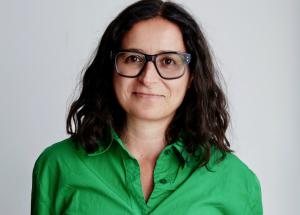 Maria Perez has been promoted to head of production and agency operations at Johannes Leonardo. Perez joined in 2016 as an executive producer, and as a result of her promotion will be tasked with leading both the production and business affairs department in delivering exceptional and effective creative output for the agency.

Additionally, Perez will be tasked with overseeing day-to-day operations at Johannes Leonardo, including implementing multi-departmental processes, systems and approaches that will maximize scale at the growing independent agency. Perez will report to agency president Bryan Yasko, and co-founders Jan Jacobs and Leo Premutico.

“Maria has been a game-changer for us,” said Yasko. “Over the years, she has fearlessly led and operationalized some of our most famous work from inception to completion. It’s no secret that we are in the midst of accelerated growth, and we are proud to have Maria leading our entire production department.”

Hailing from Madrid, Perez has had a 25-year-long career spanning various digital and integrated production roles. Prior to Johannes Leonardo, Perez was a freelance producer for four years, during which time she worked on projects for Adidas. Over the course of her career, Perez has held positions at agencies 72andSunny in Amsterdam and 180 Amsterdam.

During her career, Perez has managed thousands of productions, including spots for Adidas, Samsung, Smirnoff, Coke, Versace, Alexander Wang, and Benetton, which have resulted in accolades from international award shows like Cannes, the Clios, and The One Show.

“Agencies won’t survive unless they are creating work that works,” said Perez. “I am excited for the opportunity to continue working with such a talented group of people as we continue to push the boundaries of what is possible for our clients and their businesses.”