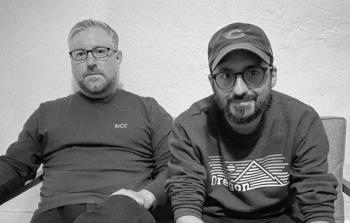 Heavy Duty partners Ariel Rechtshaid, Josh Kessler and Kate Urcioli have tapped Chris Restivo to serve as executive producer for the company’s new trailer operation. Restivo, former director of music at Ignition Creative, has spent more than 10 years in the trailer industry. Kevin Seaton, a composer and producer who was one of the early songwriting talents signed by Heavy Duty, has been named creative director. The pair will work out of the company’s West Coast base, which comprises recording studios in Burbank and Venice and a production office in the appropriately named Echo Park.

Heavy Duty Trailers opens as the latest addition to the growing suite of Heavy Duty brands. This includes Heavy Duty Projects, which specializes in custom music solutions including both music supervision and original composition for advertising and brand campaigns, and Heavy Duty Publishing, which looks after a vast catalog of music including works from Frank Ocean, Eminem, Bon Iver, Banks, Charlie XCX and more, many of which were recorded at the Heavy Duty studio in Burbank.

Rechtshaid, who holds the title of executive creative director, is a Grammy Award-winning songwriter and producer who’s worked with such artists as Adele, Haim, U2, Usher, Vampire Weekend and many others.

Trailers for which Restivo has provided music supervision have won Clios and Golden Trailer Awards, while Seaton has been composing music and providing sound design  for trailers for several years in addition to his work creating and producing tracks for Heavy Duty’s ad clients. Among his feature projects are trailers for the upcoming “Ford v Ferrari” as well as the recently released “Terminator: Dark Fate,” “Ad Astra” and “Avengers: End Game.” His most recent commercial project of note for Heavy Duty Projects was the launch for the Apple iPhone 11.

“What made me want to join Heavy Duty Trailers was the catalog, first and foremost,” said Restivo. “They have an amazing well of talent and songs. To help build something from the ground up is very exciting, and there are so many opportunities for us. It was just too good to resist.”

“Launching Heavy Duty Trailers is a natural progression for us,” added Urcioli. “We’ve had more and more assignments come through our inbox with trailer needs. Recognizing this opportunity, we were motivated to build a catalog with a focus on this side of the business and to find more opportunities for our composers to do custom work in this space.”

Restivo and Seaton share a few things in common, most of which revolve around their passion for music. Southern California natives, they bonded over their shared San Fernando Valley roots, and in fact attended rival high schools. While there, Restivo and his friends became big fans of a local band fronted by, of all people, Rechtshaid. “We saw him perform many, many times,” he recalled. “It’s so cool to be working with him now, all these years later.”

Seaton attended the Thornton School of Music at USC, but having played in bands since his school days, it wasn’t long before the music took over. He quit school and joined the L.A.-based rock band Say Anything, touring with them for several years before moving into both writing and producing. He’s got over a dozen years’ experience composing for film and TV, and has written and produced tracks for such artists as Major Lazer, MIA, Snoop Lion and Active Child.

This experience working on both commercials and trailers will benefit Seaton’s role as creative director, he noted. “Trailers are essentially a highly specialized form of advertising, one that’s usually trying to impart a bigger sense of drama or emotional connection. It requires that composers or producers work within their narrative structure, which is different from how ads tend to work. They really have more in common with film composing than with composing for ads. Having worked with such a diverse range of artists and musical styles, we know intuitively how to create or source music that complements both.”

Heavy Duty Trailers opens with something of a head start, owing to its connection to Heavy Duty Projects. “Chris and Kevin will have the luxury of tapping the infrastructure Heavy Duty has built over the last ten years,” explained Kessler. “That means unfettered access to the producers, composers, songwriters and artists signed to and working with our publishing roster.” 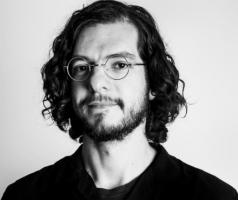