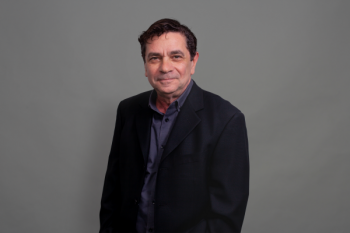 Visual effects, animation and stereo conversion company DNEG is bolstering its global client services team with the promotion of Lee Berger to executive VP. He will head up DNEG in Los Angeles.

Having spent the last few years as DNEG’s SVP of production in L.A., Berger has been working closely with film studio and production clients in Hollywood, as well as with DNEG’s global creative supervisory team. The L.A. studio provides filmmakers, directors and studio clients in Hollywood with a gateway to DNEG’s award-winning capabilities across the globe.

In his new role, Berger will lead the L.A. team while continuing to oversee projects and helping to steer the company’s global delivery capabilities. As part of the senior management team, he will also explore opportunities in intellectual property, film and TV investment, in addition to other media business development initiatives.

Berger has a wealth of visual effects experience, having previously held senior leadership positions at Rhythm & Hues (R&H) and Blue Sky/VIFX. While at R&H, he worked on the Oscar and BAFTA-winning films The Golden Compass and Life of Pi, as well as the Academy Award-nominated The Chronicles of Narnia: The Lion, the Witch and the Wardrobe, among many other productions.

DNEG CEO Namit Malhotra described the promotion as a “coming of age” for the company’s L.A. studio. “Lee’s promotion amplifies our commitment to our clients across North America. As the requirements of our clients’ projects become ever more complex, we need a team in L.A. that has the experience to advise, add value and draft in the best resources from around our global network to deliver a superior level of service and delivery.”