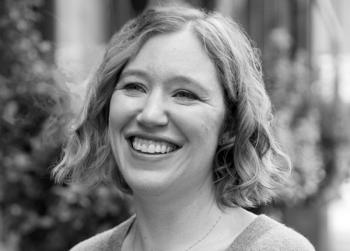 Creative agency FIG has promoted its award-winning producer, Jill Landaker Grunes, into a new full-time role as head of production.

Grunes will oversee both the production and business affairs departments as well as the agency’s in-house studio. She will collaborate with the agency’s integrated creative, data, media and strategy offerings to nimbly optimize and refine campaigns in market and will continue to expand the definition of what agencies can own and make for brands.

Grunes began working at FIG in 2016 in a freelance capacity with an extensive background in documentary film and theatre. In this freelance role she led production of the majority of the agency’s output leading to her coming on board full-time to hire a team and set up processes to accommodate growth while maintaining quality. She was promoted to executive producer in early 2018, during which time she helped to establish and expand the agency’s in-house studio offering.

During her time at FIG, she has been instrumental in the production of many campaigns and projects for brands including Vimeo, Spotify, Macy’s, Virgin Atlantic and CNN. Prior to joining FIG, Grunes founded and led Smartypants Pictures where she produced independent award-winning films and branded content, working with brands and agencies.

“I’ve loved growing with FIG these last few years and having the opportunity to work with such an exceptional integrated team,” said Grunes. “I look forward to building on FIG’s reputation as creators of exceptional innovative stories.”

Scott Vitrone, partner and chief creative officer at FIG, said, “Jill is one of the most knowledgeable producers I’ve worked with. She brings a calm clarity to every production and always makes our ideas better.”