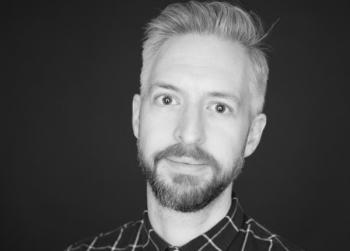 Alkemy X has hired Rupert Cresswell as creative director. He will work closely with executive producer Eve Ehrich to continue to build the company’s design and animation team, working across branded and entertainment projects.

Cresswell comes to Alkemy X from MPC, where he spent nearly eight years as a director and creative director working on projects for clients such as Adidas, Samsung, Jaguar, Ford, Google, Sky One and Fox Searchlight. His stylized work is characterized by a meticulous eye for design and a subtle fusion of live action and visual effects to augment the everyday with fantastic elements. Cresswell’s first narrative short, Charlie Cloudhead, starring Paul Higgins and Daisy Haggard, enjoyed a successful international festival run. His work has garnered numerous awards and accolades and he has been tapped as a thought leader, speaking at industry conferences including IBC, PromaxBDA and SIGGRAPH.

London-born Cresswell studied graphic design and illustration at the prestigious University of the Arts London, organically navigating into the advertising arena after landing his first professional gig as a runner at a SoHo post shop. He quickly immersed himself in the industry, rapidly amassing hands-on experience in the broadcast promo space working for clients such as Bloomberg, NatGeo and Sky before stepping into the role of director. He joined MPC London in 2012, helming VFX-driven spots for clients while refining his aesthetic at the intersection of design, visual effects and live action. He stepped up to a creative director role when he moved to MPC’s New York location in 2017.