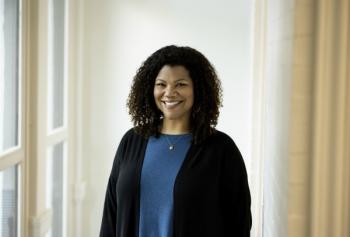 PS260, a post and editorial company with bases of operation in NYC and Venice, Calif., is extending its reach with a new office in Boston under the aegis of executive producer Raná Martin who will report to managing partner Zarina Mak. Martin joins PS260 from Rock Paper Scissors where she served as EP in Los Angeles. Her career began in New York City, where she held roles at Lost Planet, Three Fingered Louie, Final Cut and Cut+Run.

“When Raná agreed to launch our Boston office as our executive producer, I knew we had come into our own. You see, I’ve always had my eye on Raná. Amongst her many skills as a formidable production partner and manager, she has an innate instinct for identifying talent,” said Mak. “She does everything possible to make sure that talent flourishes. We are very lucky to be under her care as well as benefit from her decades-long experience.”

Martin said she was drawn to such factors as PS260’s boutique/family-style environment as well as the prospect of working with Mak as well as company partners JJ Lask and Maury Loeb.

PS260 is also bolstering its team in Boston with the promotion of editor Tyler Hurst, who started his career at PS260’s New York office. Quickly honing his editorial skillset, Hurst became the fastest promotion from runner to assistant before jumping coasts to help build the foundation for PS260 Los Angeles.

With a total of 7,400 sq feet spread between the 6th and 7th floors of a building on Batterymarch Street and spacious roof-deck, the Boston office features a flex Flame suite for 3D compositing, visual effects and editorial finishing, a client lounge and conference room, two producer offices, a brand-new full-sized kitchen with pantry, a virtual room currently offering connections to postproduction companies Co3 and MPC, three edit suites, and a kitchenette.

PS260 was additionally drawn to the recent passing of a number of tax cuts for production in Boston which has opened the gates to many production and post companies, leading to a booming creative economy in the market.