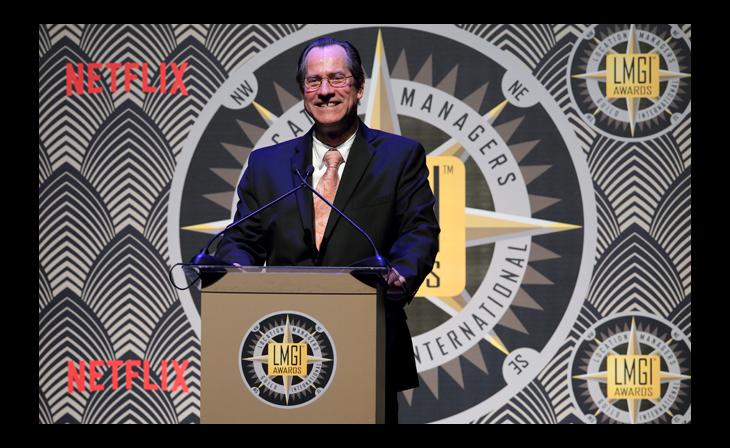 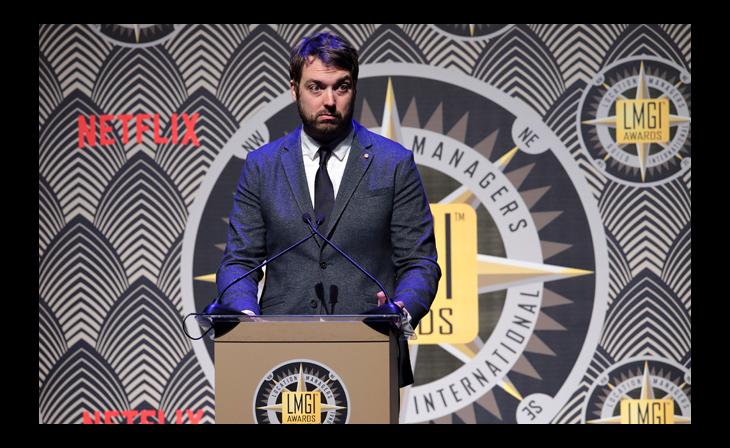 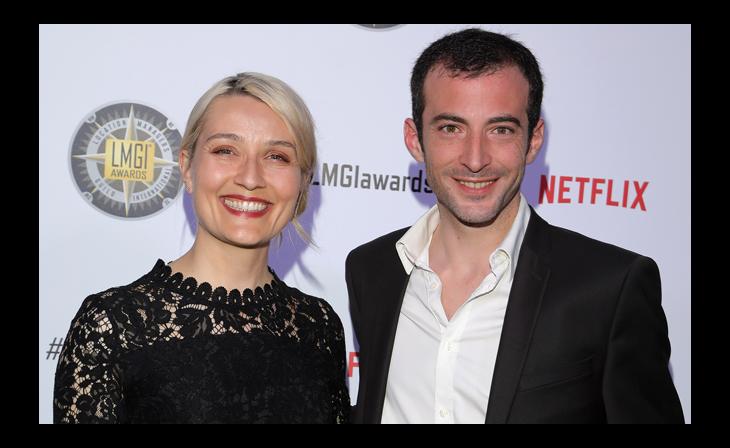 Presenter Mandi Dillin and Kyle Hinshaw winner of the Outstanding Locations in a Contemporary Film for "Baby Driver" at the 5th Annual LMGI Awards. Photos by Craig T. Mathew and Greg Grudt/Mathew Imaging 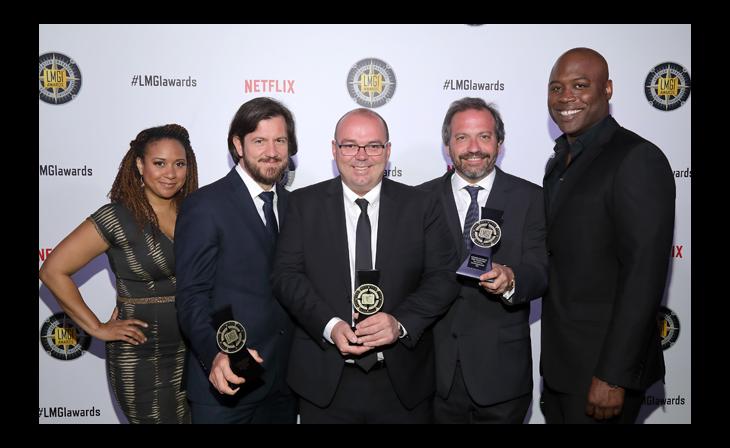 Rino Pace (L) recipient of the Lifetime Achievement Award and Kyle Hinshaw winner of the Outstanding Locations in a Contemporary Film for "Baby Driver" at the 5th Annual LMGI Awards. Photos by Craig T. Mathew and Greg Grudt/Mathew Imaging 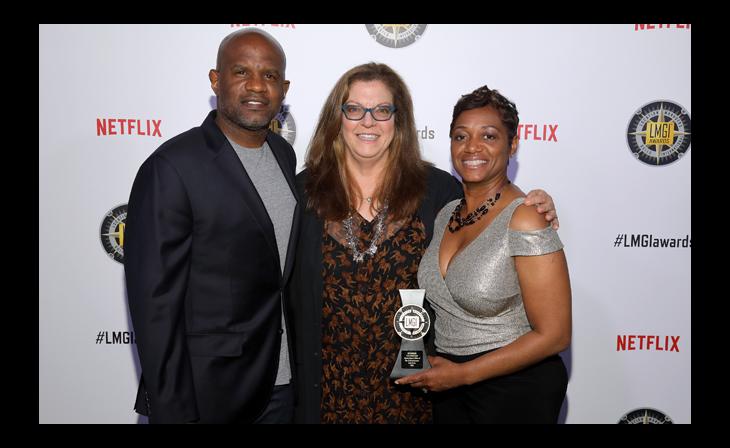 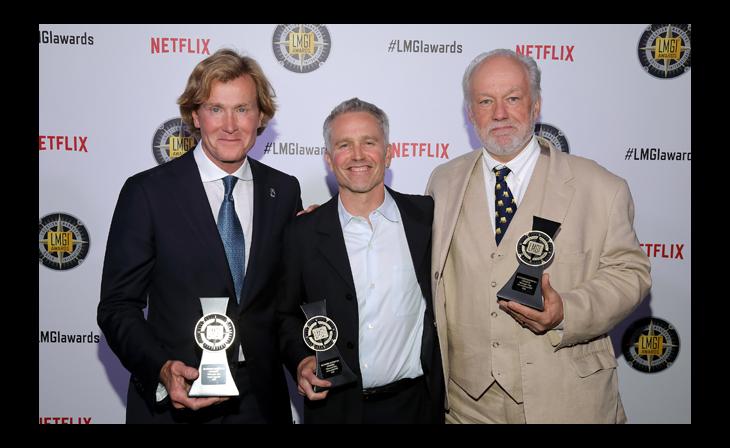 Charlie Love, Jof Hanwright and John Hutchinson winners of the Outstanding Locations in a Commercial at the 5th Annual LMGI Awards. Photos by Craig T. Mathew and Greg Grudt/Mathew Imaging 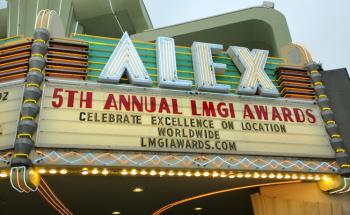 The Location Managers Guild International (LMGI) announced the winners of its 5th Annual Location Managers Guild International Awards (LMGI) tonight. The Motion Picture winners were DUNKIRK (filmed at the French location of the real evacuation and Malo-les-Bains) and BABY DRIVER (shot on locations throughout Atlanta). The Television Series winners were GAME OF THRONES (filmed in Northern Ireland, Croatia, Morocco, Malta and other locations)and OZARK (shot in seven areas in Atlanta). The LMGI Awards spotlight international features, television and commercials in which the creative use of filming locations set the tone, enrich the character and enhance the narrative. The black-tie awards ceremony and reception took place at the Alex Theatre in Glendale before an audience of 500, including LMGI members, industry executives and press. Comedian Jonah Ray (The Meltdown with Jonah and Kumail, Mystery Science Theater 300: The Return) served as host.

Additional presenters included Tracie Thoms (Devil Wears Prada, Rent), Dennis Haysbert (24, Far From Heaven) and Kevin Daniels (Ladder 49). Location Managers Mandie Dillin LMGI (Interstellar, Inception, Iron Man) and David Doumeng LMGI, both past LMGI Award winners, also presented awards at the gala along with Lori A. Balton LMGI (A Wrinkle In Time, Downsizing, Jack Ryan, Pirates of the Caribbean: Dead Men Tell No Tales), founder and past president of the LMGI and the winner of the 2017 Trailblazer Award for being the first Location Professional accepted into the Academy.

OUTSTANDING LOCATIONS IN A COMMERCIAL

OUTSTANDING LOCATIONS IN A PERIOD FILM

OUTSTANDING LOCATIONS IN A CONTEMPORARY FILM

Producers of this year 's LMGI Awards are Co-Chairpersons LMGI President Eric Klosterman and Robin Citrin. Further inquiries regarding the LMGI Awards may be directed to awards@locationmanagers.org.

About THE LMGI
The Location Managers Guild International (LMGI) is an organization of experienced career professionals in the Motion Picture, Television, Commercial and Print production industries. LMGI members are dedicated to the establishment of professional standards of personal conduct, safety on the set and business ethics. They support the formation of strong links with business members, governmental agencies and local communities. The Guild promotes awareness of the goals and achievements of members to the general public and within the industry through creative, educational and philanthropic programs. The LMGI was founded in 2003 as a 501(c)(6), non-profit corporation as the LMGA and rebranded in 2016 to reflect its growing International membership. The LMGI is not a labor union, it does not represent Location Managers/Scouts in wage or working condition negotiations. For more information about the #LMGIawards, visit locationmanagers.org or follow the LMGI onFacebook, Twitter @The_LMGI and Instagram. 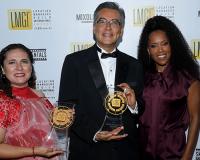 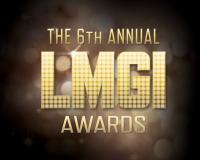 Initial honorees for the ... 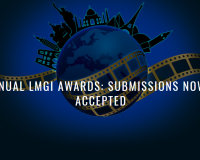 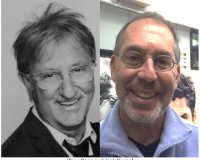