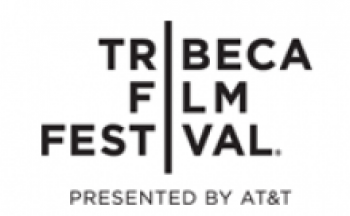 The Tribeca Film Festival, presented by AT&T, today announced the members of ten juries, which reflect the tone and texture of the annual cultural showcase, which celebrates storytelling in film, television, virtual reality, music and games. The jurors will be tasked with honoring the new works of emerging and established members of the creative community with unique art awards and cash prizes as they present their works at the annual Festival.  Mirroring the breadth of Tribeca’s programming, the team of jurors include acclaimed filmmakers, award-winning actors, noteworthy producers, and cultural leaders. The Festival takes place April 18-29 in New York City.

Over 35 industry professionals have been selected to award work covering both feature-length and short film categories comprised of narratives and documentary films as well as Storyscapes, the juried section of the Virtual Arcade, presented by AT&T. The jurors will also present the Tribeca X Award, celebrating branded storytelling at the intersection of advertising and entertainment.

The Festival will announce the winner of the sixth annual Nora Ephron Award, presented by CHANEL, which will be selected by a jury composed of women firmly entrenched in the entertainment industry. The award was created to honor the spirit and vision of the legendary filmmaker and writer Nora Ephron.

“Each year we engage some of the most seasoned members of the creative community to collaborate with us on our juries,” commented Jane Rosenthal, co-founder, Tribeca Film Festival and Executive Chair Tribeca Enterprises. “Whether it’s the Nora Ephron Award for a women filmmaker, the Albert Maysles Award for a new documentary director, or the Storyscape Award for immersive storytelling, we continue to grow and expand our Tribeca family with the help of the acclaimed artists and creators on our jury.”

The winning films, filmmakers, actors, and storytellers in each category will be announced at the Tribeca Film Festival Awards ceremony, sponsored by Chloe Wine Collection, at BMCC Tribeca Performing Arts Center on Thursday, April 26.

Following is a list of all 2018 Festival jurors and their respective categories.

The jurors for the 2018 US Narrative Competition section are:

The jurors for the 2018 International Narrative Competition section are:

The jurors for the 2018 Documentary Competition section are:

The jurors for the 2018 Best New Narrative Director Competition section are:

The jurors for the 2018 Albert Maysles Award (Best New Documentary Director Award) are:

The jurors for the 2018 Narrative Short Competition section are:

The jurors for the 2018 Short Documentary and Student Visionary Competitions section are:

The jurors for the 2018 Storyscapes Competition are:

The jurors for the 2018 Nora Ephron Award are:

The jurors for the 2018 Tribeca X Award are:

Passes and tickets for the 2018 Festival

Also available for purchase now is The Hudson Pass, an all access pass to screenings and talks taking place at BMCC, Regal Battery Park Theater, Cinépolis Chelsea, and the SVA Theatre, as well as full access to all events at the Tribeca Festival Hub at Spring Studios, which includes VR and immersive projects, special screenings with music performances, and access to the lounges.

The 2018 Festival will offer ticket discounts on general screenings and Tribeca Talks panels for students, seniors and select downtown Manhattan residents. Discounted tickets are available at Ticket Outlet locations only.

Packages and passes are now available for purchase on the 2018 Tribeca Film Festival App, on:

About the Tribeca Film Festival
The Tribeca Film Festival is the leading cultural event that brings visionaries and diverse audiences together to celebrate storytelling in all its forms, including film, TV, VR, gaming, music, and online work. With strong roots in independent film, Tribeca is a platform for creative expression and immersive entertainment. The Festival champions emerging and established voices; discovers award-winning filmmakers and creators; curates innovative experiences; and introduces new technology and ideas through premieres, exhibitions, talks, and live performances.

The Festival was founded by Robert De Niro, Jane Rosenthal and Craig Hatkoff in 2001 to spur the economic and cultural revitalization of lower Manhattan following the attacks on the World Trade Center. Now in its 17th year, the Festival has evolved into a destination for creativity that reimagines the cinematic experience and explores how art can unite communities. www.tribecafilm.com/festival

About the 2018 Partners
As Presenting Sponsor of the Tribeca Film Festival, AT&T is committed to supporting the Festival and the art of filmmaking through access and innovation, while expanding opportunities to diverse creators around the globe. AT&T helps millions connect to their passions – no matter where they are. This year, AT&T and Tribeca will once again collaborate to give the world access to stories from underrepresented filmmakers that deserve to be seen. AT&T Presents Untold Stories. An Inclusive Film Program in Collaboration with Tribeca, is a multi-year, multi-tier alliance between AT&T and Tribeca along with the year-round nonprofit Tribeca Film Institute. 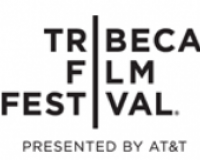 Tribeca X - Debuts Tribeca X: A Day of Conversations To Celebrate The Intersection of Entertainment and Advertising
Wednesday, Apr. 3, 2019

The Tribeca Film Festival, presented by AT&T, announced today that it will debut Tribeca X: A Day of Conversations, a look at storytelling at the intersection of advertising and entertainment, during the 2019 Festival on Friday, April 26. The... 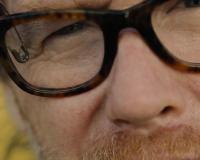 Blurring the line between documentary and music video is Crime Cutz, a 4-part short doc premiering at the 2018 Tribeca Film Festival. The 17-minute film was edited by...

The Tribeca Film Festival, presented by AT&T, has been the premier curator of cutting-edge interactive storytelling for more than a decade. The 2018 Tribeca...