“This team is the best of the best with a wealth of experience and ideas, and we're excited to collaborate with them to deliver an incredible show,” said Howell Taylor and Allain.

Rob Paine has been associated with the Oscars telecast for more than 20 years and returns as supervising producer.  Paine has more than 200 television events to his name and has earned seven Primetime Emmy® Award nominations, a Daytime Emmy Award nomination and a Peabody Award.  His other credits include 12 Super Bowl Halftime Shows, “The Kennedy Center Honors” and the “Primetime Emmy Awards.”

Production designer Jason Sherwood joins the Oscars telecast for the first time.  His creative and design credits for television include “Rent: Live,” for which he earned an Emmy Award, “The E! People’s Choice Awards,” the 2019 Grammy Awards® opening number starring Camila Cabello and Ricky Martin, and performances for artists on “Saturday Night Live,” “The Late Late Show with James Corden” and “The Ellen DeGeneres Show.”  He has also designed world tours for Sam Smith, Spice Girls and Sara Bareilles.

Lighting designer Robert Dickinson returns for his 31st Oscars show.  He has won 18 Primetime Emmy Awards, including three for Oscars telecasts.  Additionally, Dickinson has been honored with two Daytime Emmy Awards.  His credits include “The Kennedy Center Honors,” “Grammy Awards,” “Primetime Emmy Awards,” “Tony Awards” and “Academy of Country Music Awards”; Olympics ceremonies in Atlanta, Salt Lake City, Athens and Vancouver; the ceremonies of the European Games in Baku; and the specials “Peter Pan Live!” and “The Sound of Music Live!”

Jon Macks, head writer, returns for his 23rd Oscars telecast.  He has been honored with eight Primetime Emmy Award nominations, including three for the Oscars telecast.  In addition to his work on the Oscars, Macks wrote for 22 years on “The Tonight Show with Jay Leno” and writes for Billy Crystal, Steve Martin, Chris Rock and Martin Short.

Taryn Hurd rejoins the Oscars telecast team for the seventh consecutive year as talent producer.  She also has served as talent producer on the past six Governors Awards ceremonies along with numerous television variety specials and award shows.

Rickey Minor returns as music director for the Oscars telecast.  He won a Primetime Emmy® Award for Outstanding Music Direction in 2017 for “Taking the Stage: African American Music and Stories That Changed America.”  He also received eight Emmy nominations for his work on “The Oscars,” “Aretha! A Grammy Celebration for the Queen of Soul,” “Stayin’ Alive: A Grammy Salute to the Music of the Bee Gees,” “Smithsonian Salutes Ray Charles: In Performance at the White House,” “An Evening of Stars: Tribute to Chaka Khan,” “The 51st Annual Grammy Awards,” “50th Annual Grammy Awards” and “Genius: A Night for Ray Charles.”  Minor was the musical director and bandleader on “The Tonight Show with Jay Leno” from 2010 to 2014.

Beth Sherman returns as a writer for the Oscars telecast.  She has won seven Daytime Emmy Awards for her work as a writer and producer on both “The Ellen DeGeneres Show” and “The Talk.”  In addition, she received a Primetime Emmy nomination for Outstanding Writing for a Variety Series for “Late Show with David Letterman.”  Sherman’s writing credits also include “2019 MTV Video Music Awards,” “The Tonight Show with Jay Leno,” “American Music Awards 2016” and “The Queen Latifah Show.”

Amberia Allen joins the Oscars telecast for the first time as a writer.  She has been a writer for “The Daily Show with Trevor Noah” and has written for numerous live awards shows and variety specials, including “The Mark Twain Prize for American Humor,” “BET Awards” and “Soul Train Awards.”  In addition, Allen holds a PhD in Sociology from UCLA and has co-authored the annual UCLA Hollywood Diversity Report.

John Hoffman returns as a writer for the Oscars telecast.  Hoffman earned a Primetime Emmy nomination for Outstanding Writing for a Variety, Music or Comedy Special for the “81st Annual Academy Awards.”  In addition to screenwriting, he is also a director, producer and actor.  His film and television credits include “The Emoji Movie,” “Grace and Frankie,” “Looking,” “Igor,” “Good Boy!” and “Northern Lights.”

Agathe Panaretos is a first-time writer for the Oscars telecast.  Her television credits include the late-night talk show “Chelsea,” “The 71st Primetime Emmy Awards” and “What Just Happened??!” with Fred Savage.  She was previously a writer-at-large for The Onion. 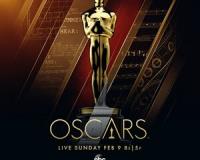 The Academy of Motion Picture Arts and Sciences today announced that 20 films are in the running in the Visual Effects category for the 92nd Academy Awards®.