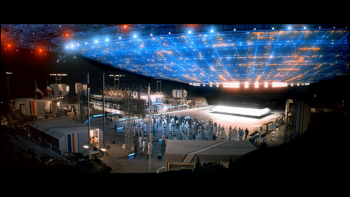 Following the screening, a conversation with, Mr. Alves will explore the making of Close Encounters and behind-the-scenes challenges including creating the massive alien ships, moderated by Thomas A. Walsh, ADG, Production Designer and ADG Film Society Co-chair.

About THE FILM
Director Steven Spielberg’s thrilling, suspenseful and human speculation on the possibility of alien contact with mankind was one of the blockbusters of the 1970s. Ray Bradbury declared Close Encounters of the Third Kind as the greatest science fiction film ever made, and it remains one of Joe Alves’ seminal works. Close Encounters stars Richard Dreyfuss, Melinda Dillon, Teri Garr, Bob Balaban, Cary Guffey, and François Truffaut. It tells the story of Roy Neary, an everyday blue-collar worker in Indiana, whose life changes after an encounter with an unidentified flying object (UFO). Director Jean Renoir compared Spielberg’s storytelling to that of Jules Verne and Georges Méliès.

Mark your calendars for the ADG Film Society 2019 Final Screening:

ABOUT AMERICAN CINEMATHEQUE: Established in 1981, the American Cinematheque is a 501(c)(3) non-profit viewer-supported film exhibition and cultural organization dedicated to the celebration of the Moving Picture in all of its forms. At the Egyptian Theatre, the Cinematheque presents daily film and video programming which ranges from the classics of American and international cinema to new independent films and digital work. Exhibition of rare works, special and rare prints, etc., combined with fascinating post-screening discussions with the filmmakers who created the work, are a Cinematheque tradition that keep audiences coming back for once-in-a-lifetime cinema experiences. The American Cinematheque renovated and reopened (on Dec. 4, 1998) the historic 1922 Hollywood Egyptian Theatre. This includes a state-of-the-art 616-seat theatre housed within Sid Grauman's first grand movie palace on Hollywood Boulevard. The exotic courtyard is fully restored to its 1922 grandeur. The Egyptian was the home of the very first Hollywood movie premiere in 1922. In January 2005 the American Cinematheque expanded its programming to the 1940 Aero Theatre on Montana Avenue in Santa Monica. For more information about American Cinematheque, visit the website at http://www.americancinematheque.com 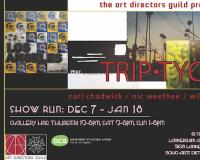 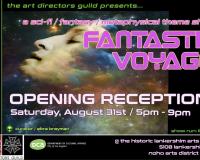 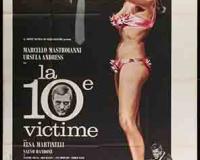 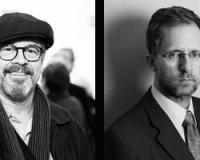 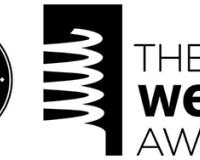 The Art Directors Guild (ADG, IATSE Local 800) announced today that their website, ADG.org, has been nominated for Best Architecture and Design Website in the 23rd Annual Webby Awards. Hailed as the “Internet’s highest honor” by The New York...