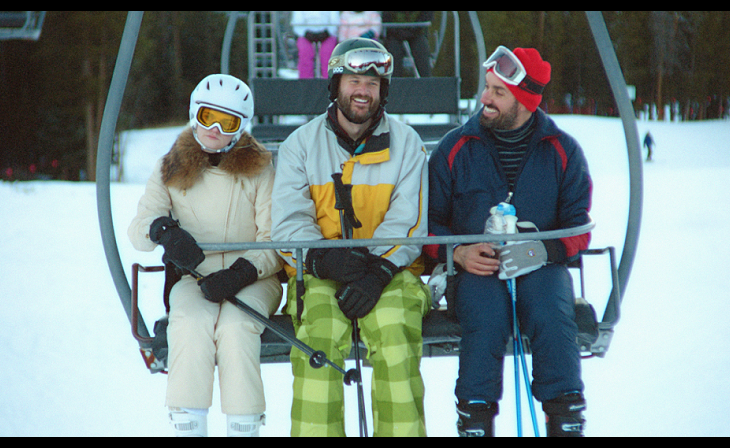 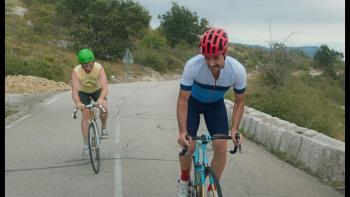 The Climb, director Michael Angelo Covino’s engaging debut feature, centers on the complex friendship between two men, Michael and Kyle, played by Covino and real-life friend Kyle Martin. Through a mix of ironic, almost farcical, comedy and taut, psychological drama, the story plays out over a series of episodes spanning several years as Michael causes the break-up of Kyle’s marriage and nearly destroys his subsequent romance. Slated for international release by Sony Pictures Classics, the film made its world premiere at this year’s Cannes Film Festival, winning the Heart Prize in the festival’s Un Certain Regard track.

For its Foley team from Alchemy Post Sound (working under supervising sound editor/re-recording mixer Ryan Billia), The Climb posed unique creative and technical challenges. Its first act centers on a bike ride that Michael and Kyle take in France prior to Kyle’s wedding. As the two men ascend a long hill, Michael makes a stunning admission regarding his friend’s fiancé. The results are disastrous with the men ultimately becoming involved in a violent confrontation with a passing motorist. Adding to the tension, the whole scene is captured in a single, intricately choreographed Steadicam shot.

Foley sound included the idiosyncratic mechanics of the two men’s high-priced bicycles. Alchemy Post Sound principal and Foley artist Leslie Bloome notes that Covino provided his team with one of the actual bikes used in the film so that they could accurately capture the workings of its gears, shifters, tires and other features. “Bicycles are notoriously difficult to get right,” he says. “They sound completely different when the rider is pedaling and when the wheels are spinning freely. And these bikes were high performance models; they don’t rattle. They don’t sound at all like the bike in The Wizard of Oz or something you’d rent on the streets in Amsterdam.”

Because the scene has no cuts and is presented from the point of view of a single camera, the Foley sound also had to be continuous and seamless. Achieving that was especially tricky at the end of the scene, when Michael and Kyle vent their anger on a driver who dangerously cuts them off. “We had to cover the sounds of the bikes as they speed up in pursuit of the car,” explains Bloome. “Ultimately, one of the guys drops his bike and gets into a fight with the driver. That required different Foley sounds that had to sit perfectly with the dialogue and background ambience.”

Covino personally attended the Foley sessions and offered feedback on the work. “For another movie it might not have been essential to be there, but here it was because the bikes needed to represent the characters riding them,” the director explains. “Each bike had to have personality and authenticity and that wasn’t something I could leave to chance. It was crucial that the Foley felt real and organic, and added texture to the film and what the audience is experiencing.”

Beyond his role as the film’s writer and director, Covino was able to comment on Foley bike sounds from the perspective of a rider. “Michael is an experienced cyclist and shared valuable insight into the nuances of riding and the story,” notes Foley artist Joanna Fang. “His input was especially helpful for the performance aspect of the Foley as he was able to talk about the characters’ motivation and the performances of the actors.”

A similarly extended, one-shot scene, occurs later in the film. It follows the two men as they walk across a frozen lake and Kyle breaks through the ice, plunging into the water. Bloome notes that Covino insisted that the sound be “loud and proud.” “We created the distinctive crunch of footsteps in ice by using broken safety glass from the windshield of a car,” recalls Bloome. “We combined that with ice and snow for the sudden crack of Kyle breaking through.”

As again there were no cuts, Foley sound continues uninterrupted as Kyle falls below the surface. “We used a big tub full of water to make the sounds of Kyle flailing in the current,” explains Foley mixer Nick Seaman. “We pitched it down and played with the EQ to give it the right perspective. That was challenging because we were locked to the position of the camera. In most films, perspective is constantly changing. We could be in a crowded room with characters in the background, but if their dialogue is up front, we mix to that. In this case, we followed the camera as it goes into and out of the water. When the camera surfaces, the sound changes completely.”

Covino’s choice to tell the story through episodes that each unfold as a single take gives it a rare feeling of immediacy, but it also imposed special demands on editorial and post-production sound. “When you are working within the confines of a 7-minute take, you can’t cut away from a performance you don’t love or because someone says the wrong thing,” he explains. “You pick takes based on which is the best canvas and work within it. We used sound editing to remove dialogue, to add lines from a different take, and to blend in Foley sound for texture.”

Fang notes that Alchemy Post has created Foley for long shots before, but in most instances, they involved action scenes. In The Climb, they are a lyrical storytelling device. “Creating Foley for this film was like adding color to an oil painting,” she says. “We approached it impressionistically, adding details to help create these beautiful, fluid shots.”

One of the film’s most arresting scenes has the camera sweeping around the exterior of a home as the season changes from fall to winter. Covino notes that while audiences might be captivated by the visual magic, it’s the background sound effects that sell the illusion. “For me, sound is the most important art in filmmaking,” he says. “You can get away with visuals that are a bit messy, but if the sound is broken, it kills the movie. If the sound is good, you don’t notice it, but it makes everything else work.” 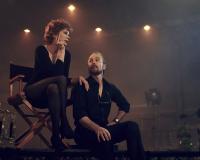 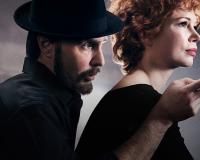 Alchemy Post Sound put on its tap shoes (and a whole lot more) in creating Foley sound for Fosse/Verdon, FX’s critically-acclaimed limited series about choreographer Bob Fosse (Sam Rockwell) and his collaborator and wife, the singer/... 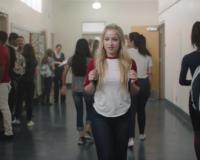 Sound Lounge helped capture the horror of gun violence for the video The Most Vicious Cycle produced by the student organization March for Our Lives and New York ad agency McCann. The studio, aided by a Foley team from Alchemy Post Sound... 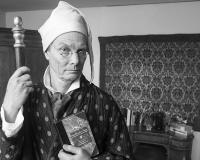 Award-winning Foley artist Leslie Bloome is performing his distinctive craft live as part of special Halloween screenings of The Unsilent Picture at Philipsburg Manor in Sleepy Hollow, New York. Bloome is using an assortment of props and tools to... 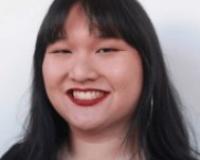 Alchemy Post Sound Foley artist Joanna Fang will take part in a discussion on how classic Hollywood film sound techniques are being applied in the emerging world of immersive media at a special...