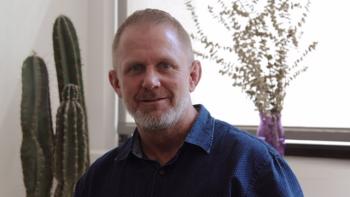 Premiere creative media company Alkemy X today announces the appointment of Rich Shurtliff as Director of Information Technology. Shurtliff, who brings deep experience in IT for visual effects, design and content production, will oversee the company’s information technology strategy, services and operations at its Philadelphia, New York, and Los Angeles studios. He succeeds the retiring Bob Pyle, who held the post for nearly 30 years.

“Alkemy X has a long tradition of working at the leading edge of technology to drive creativity, efficiency and security,” said Alkemy X CEO Justin Wineburg. “Rich is an exceptionally skilled engineer. He has experience in each area of our business and has managed large, multi-site production environments.  He will ensure that we continue to innovate, grow services and capacity, and, most importantly, deliver excellence for our clients.”

Shurtliff previously served as Chief Studio Engineer for Studio6, a New York creative content company. His background also includes senior IT roles with R/GA, RhinoFX and Curious Pictures. The California native has a degree in electrical engineering from the University of California, Irvine.

Pyle joined Alkemy X in 1990 and has successfully helped the company adapt to innumerable changes in technology. Among other things, he oversaw the technical aspects of the company’s expansion to New York in 2011 and Los Angeles in 2018. He also supervised the launch and growth of its visual effects division, which currently provides visual effects services for such shows as to AMC’s Fear the Walking Dead, NBC’s Blindspot, HBO’s The Leftovers, Netflix’s Maniac and Amazon’s The Marvelous Mrs. Maisel.

“Alkemy X has been a great place to work; I have enjoyed every minute of it,” said Pyle. “Keeping pace with changing technology has been challenging and exciting. I take great satisfaction in the success we’ve had and the many great projects we have delivered.”

Pyle has been working with Shurtliff to ensure a smooth transition. “Rich and I have the same philosophy toward technology,” Pyle says. “We share a thirst for knowledge, which is essential in this industry. You need to stay on top of technology and continually move forward.” 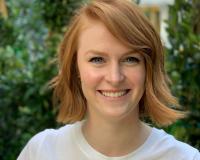 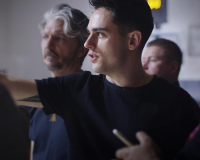 Director Anthony Pellino has joined Alkemy X for exclusive representation for advertising and branded content. With credits including work for Nike, Reebok, Lexus and Uber, among others, Pellino has earned high marks for the raw, emotional power... 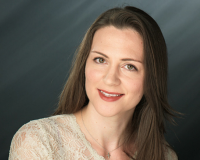 Alkemy X has hired Rebecca Manning as Compositing Supervisor for its Visual Effects division. Manning brings 16 years of experience and more than 40 major feature film and television credits, including Ghostbusters, The Jungle Book... 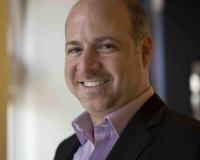 Alkemy X owner, President and CEO Justin B. Wineburgh is among 25 finalists—selected from a field of hundreds of nominees—for the Entrepreneur Of The Year® 2019 Award in Greater Philadelphia. Considered one of the most prestigious... 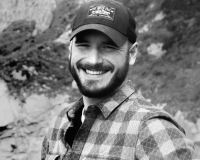 Adam Maruszan has joined the creative team at Alkemy X as Art Director and Senior Motion Graphics Designer. A 10-year industry veteran, Maruszan will design and create graphics for a variety of content including TV spots, branded content, digital...