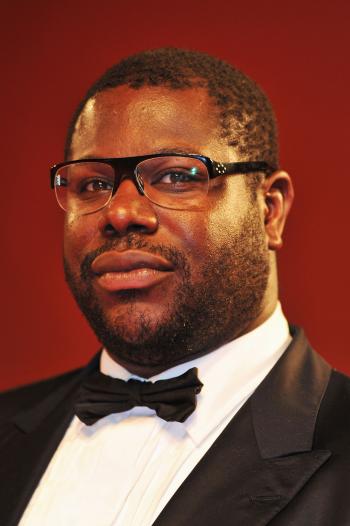 Amazon Studios announced it has signed an overall deal with Academy Award®, BAFTA and Golden Globe®-winning artist, director and screenwriter Steve McQueen, under which he will create and produce content for Amazon Studios to premiere exclusively on Amazon Prime Video in over 200 countries and territories. As part of the deal, the television project Last Days, a Lammas Park and See-Saw Films production, has been put into development. McQueen’s upcoming drama Small Axe, a Turbine Studios and Lammas Park production for BBC One with Amazon co-producing in the U.S., starring John Boyega and Letitia Wright, will premiere on Amazon Prime Video in the U.S. later in 2020.

“I’m thrilled about this new venture and partnership with Amazon. The idea of having a partner that will support and facilitate risk and change is more than exciting,” said McQueen.

“The award-winning talents of Steve McQueen seem to be endless, with his unique ability to craft stories that provoke, educate and entertain,” said Jennifer Salke, Head of Amazon Studios. “With the compelling Last Days already in development, we are excited to see what else McQueen creates for our global Amazon Prime Video customers.”

Last Days is a gripping sci-fi thriller where the world’s governments have secretly created a controversial plan to selectively colonize Mars in the wake of a dying Earth and the rise of AI. The series will follow one woman’s journey to explore the truth about where she came from, at the risk of losing everything she knows.

Academy Award winner Steve McQueen is a British artist and filmmaker. His critically acclaimed first feature Hunger, starring Michael Fassbender as an IRA hunger-striker, won the Camera D’Or at the Cannes Film Festival in 2008. He re-teamed with Fassbender for his follow up feature Shame, for which Fassbender won the Volpi Cup at the Venice Film Festival for Best Actor, ranks as one of the highest grossing NC-17 rated movies. McQueen’s 12 Years a Slave dominated awards season, winning, amongst many others, the Academy Award, Golden Globe, BAFTA and AAFCA Awards for Best Picture while McQueen received DGA, Academy, BAFTA and Golden Globe directing nods. His most recent feature Widows was one of the best reviewed films of the year and starred Viola Davis, Cynthia Erivo, Elizabeth Debicki and Michelle Rodriguez. McQueen’s upcoming project Small Axe, starring John Boyega and Letitia Wright, is a six-part anthology series for the BBC, which brings to life the experiences of London’s West Indian community.

McQueen is the recipient of many accolades for his work as a visual artist. In 2016, the Johannes Vermeer Award was presented to him at The Hague. In that same year, the British Film Institute awarded McQueen with a Fellowship. McQueen won the Turner Prize in 1999. His artwork is exhibited and held in major museums around the world. A retrospective was recently exhibited at the Art Institute of Chicago and at the Schaulager in Basel. His ‘Year Three’ exhibit is currently showing at Tate Britain.