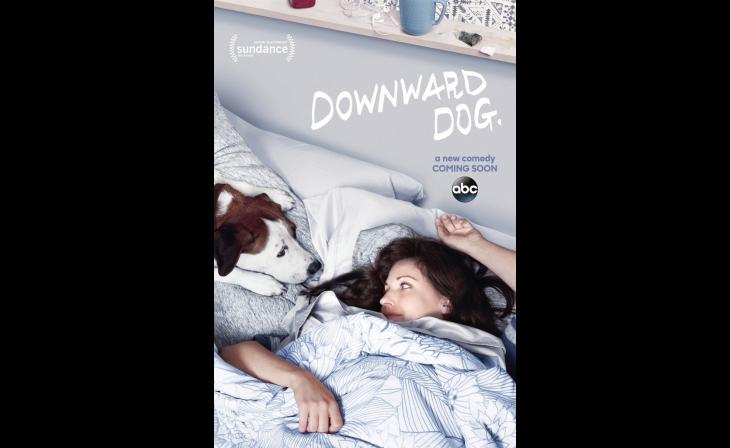 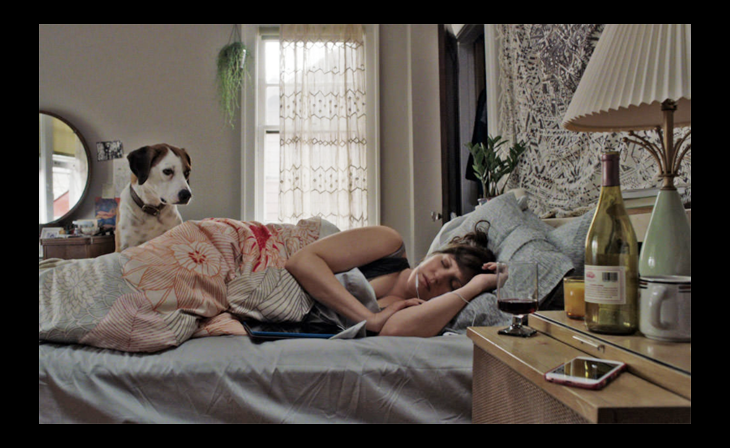 Downward Dog, a webisode-turned-network show created by Pittsburgh-based production and visual effects house Animal, Inc., will make its debut at the 2017 Sundance Film Festival, January 19-29. Ordered by ABC-TV for the 2017 season, Downward Dog is the first major network show to ever premiere at Sundance.

Downward Dog started as an internal project at Animal. Michael Killen, Animal co-founder and series co-creator, says the initial idea for the web series was deceptively simple: “It’s about a dog who is looking at his life and asking if he matters.” Downward Dog’s premise was grounded in the decades of work Killen and his team did on iconic talking animal spots throughout the years, including the Taco Bell Chihuahua and the original California cheese campaign.

“Perhaps what drew Sundance to include Downward Dog was its humble beginning,” said Kathy Dziubek, Animal, Inc. co-founder. “We have always been ardent supporters of our team’s personal projects. Lending resources to internal projects such as Downward Dog and other efforts can be viewed as taking a risk, but in our case, the support has always paid off.”

In 2013, Animal’s first feature length film, Blood Brother, won both the Audience and Grand Jury Awards at Sundance, and was recognized with numerous other film awards and accolades. Animal’s second film, Almost Holy, premiered and sold at the Tribeca Film Festival in 2015. Like Downward Dog, both began as internal passion projects, supported by the company.

Downward Dog was born in 2013, when Killen and Animal director and visual effects artist Samm Hodges discussed writing the short subject from the point of view of a lonely, philosophical dog struggling to find meaning in existence and connection with its owner. The Hodges-written monologues were directed by Killen as one-minute web episodes. The series was shot in Pittsburgh, and created entirely with Animal Inc’s in-house team and resources.

What began as an internal project, soon caught the attention of producers such as Jimmy Miller (Step Brothers, Elf) of Mosaic, who helped shepherd the project to its future buyer, Legendary Television and ultimately ABC.

Killen and Hodges – who plays the voice of Martin – then faced the challenge of turning a one-minute web series into a half-hour script, expanding the storyline to include humans. They spent a year developing a cast of characters and complex plot lines under the guidance of Jimmy Miller and Sam Hanson, Executive Producer and executive at Mosaic. The result is an expanded vision of the original Downward Dog premise that is now as much about human nature as it is about our canine companions.

ABC’s Downward Dog tells the story of a struggling millennial, Nan (played by the Emmy®-nominated Fargo actress Allison Tolman), through the eyes of her dog Martin. We watch Nan juggle a romantic break-up and demanding creative job from the point of view of her insightful, yet troubled, pet. Additional team members helping to realize the Downward Dog vision include showrunners Kat Likkel and John Hoberg (Galavant, black-ish, My Name is Earl) and stars such as Lucas Neff (Raising Hope) as Jason, Barry Rothbart (The Wolf of Wall Street) as Kevin, and Kirby Howell-Baptiste (A Dog’s Purpose) as Jenn.

The show was shot entirely in Pittsburgh, with visual effects done at Animal’s Pittsburgh studio. The challenge was retooling Animal’s existing visual effects pipeline to handle the rigors of an episodic. “Initially, the challenge that occupied a lot of our conversation were all the aspects involved in perfecting the animation for Martin, while accommodating the delivery of 475 talking shots over a 10 week schedule," said Killen. "An intense amount of motion capture, modeling and animation goes into creating a realistic talking animal character, a character that is central to the series. The pipeline encompassed a full post workflow to give emotion to Martin, and at the same time making it completely believable. We wanted his animation to feel natural and not take you out of his narrative and the story.”

“We have outstanding facilities and staff to produce projects turnkey for clients, so why not use those resources to help bring to life the visions of our own team of extremely talented and creative people,” added Dziubek. “We’ve been thrilled to have a string of successes, including Vimeo Staff picks, accolades at dozens of film festivals and a Cannes Gold Lion.”