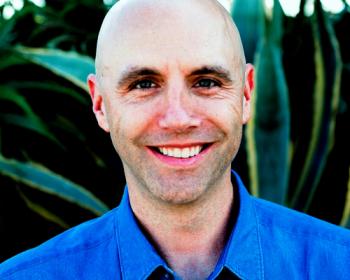 Aspect, a multi-award winning creative advertising agency that provides strategic marketing solutions across all entertainment platforms, has named Jason Chappelle as its new Executive Creative Director. The announcement was made by Lisa Feldman and Nati Braunstein, Co-Presidents and Creative Directors, Aspect.

Prior to joining Aspect, Chappelle had been a Senior Vice President and Creative Director at MOCEAN, where his most recent feature film campaigns included those for The LEGO Movie 2 and Alita: Battle Angel. In his new role with Aspect, he will be responsible for helping to secure new clients and projects; managing the high-level creative for those projects; and working closely with Feldman and Braunstein to chart the course for the agency’s future

“We’re very excited to announce that Jason Chappelle has joined Aspect as our new Executive Creative Director,” Feldman and Braunstein said. “He has years of experience working with some of the top creative agencies in Hollywood, and has contributed to such recent, high profile film campaigns as those for Bohemian Rhapsody, Deadpool 2, and Game Night. Most importantly, he adds another strong creative voice to Aspect, and will also help us expand our services to a broader client base. We’re super stoked about him joining our team – and we’re delighted he is no longer one of our toughest competitors!”

Adds Chappelle, ““I’ve long been a fan of Aspect’s work, so when Nati and Lisa offered me the chance to join them and help build their future, it was something I couldn’t pass up. I’ve always retained a tremendous respect for Aspect’s creativity. As I now transition from ‘competitor’ to ‘collaborator,’ I couldn’t be more excited to start this new chapter of my career, working in-house with Nati, Lisa, and the entire Aspect team.”

About JASON CHAPPELLE
Jason Chappelle was named Executive Creative Director with Aspect in March 2019. Previously, he had been a SVP/Creative Director at MOCEAN since 2014. There, he led creative on multiple, award-winning marketing campaigns for the major film studios and streaming services. He also assisted the agency’s Head of Theatrical in running MOCEAN’s Theatrical department, and was a member of MOCEAN’s Leadership Council.

Before joining MOCEAN, Chappelle was at Buddha Jones for over seven years, working first as a Writer/Producer, and eventually being promoted to Senior Producer.  At Buddha, he honed his skills at both creative producing and client management.  There, he worked on dozens of movie campaigns - highlights included Spy, The SpongeBob Movie, How to Train Your Dragon 2, The Heat, Chronicle, and Inglourious Basterds.

Chappelle began his entertainment industry career at MTV Networks in New York. After moving to Los Angeles, he secured a Writer/Producer job at Studio City, where he learned the art of short-form storytelling.  He worked there for over four years, ultimately becoming Head Writer - but his passion for movie trailers next led him to The Cimarron Group.  A two-year stint there as a Writer/Producer, followed by two years working as a freelancer, led him to Buddha Jones.

The winner of multiple Golden Trailer and CLIO Entertainment Awards, Chappelle holds a BA Degree from the University of Pennsylvania, and an MBA Degree in Entrepreneur-ship from Babson College.

As Hollywood’s only creative advertising company to have not only survived but to have thrived inside the entertainment industry landscape for more than 40 years, Aspect has finished over 1,000 trailers for many of the biggest feature films ever released. These have included Forrest Gump, Titanic, Big, Spider-Man (I and II), Godzilla, The 40 Year Old Virgin, Deadpool, Guardians of the Galaxy Volume 2, Django Unchained, Scary Movie, Sherlock Holmes, Star Trek: Into Darkness, and many others.

Most recently, Aspect has played a role in the marketing campaigns behind such hit motion pictures as Mary Poppins Returns, Bumblebee, Aquaman, How to Train Your Dragon: The Hidden World, Ant-Man and the Wasp, Wonder Woman, and Mamma Mia! Here We Go Again, and has also contributed graphic sequences featured within the films Crazy Rich Asians, Game Night, and Now You See Me 2. Within the television arena, the agency has contributed to campaigns promoting Gaga: Five Foot Two, Medal of Honor, BoJack Horseman, Westworld, Orange is the New Black, Jessica Jones, Santa Clarita Diet, and Unreal, to name some.

Under the leadership of Co-Presidents & Creative Directors Lisa Feldman and Nati Braunstein, Aspect is the winner of numerous Key Art/Clio, Golden Trailer, and Promax/BDA industry awards. The agency prides itself on its people, and considers itself “home” to the industry’s most brilliant team of creatives.