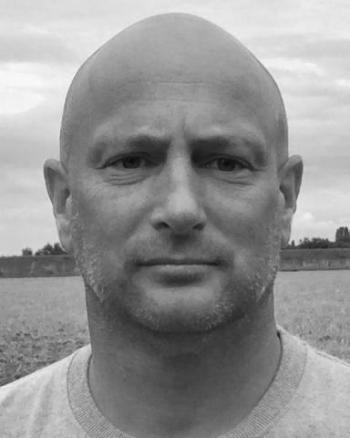 Pickering’s current remit covers content security for the British production and distribution company’s global content slate, including international hit shows such as time travel adventure Doctor Who, motoring entertainment juggernaut Top Gear and blue-chip natural history landmarks such as Blue Planet II and Seven Worlds, One Planet. In his new role, he will be supported by the CDSA’s Board of Directors that includes leading content security executives from the major Hollywood studios, content creators and television broadcasters.

Pickering said: “The global TV and film industry is thriving and I’m looking forward to ensuring that the CDSA engages with, and supports, every aspect of the content community worldwide to drive security best practice, maintain robust standards, and continue to educate organizations everywhere.”

In October of this year CDSA launched, “Content Protection Month” an industry-wide initiative designed to raise awareness at content creation companies, across all business units and service provider partners, to educate and enculturate everyone who is part of content creation to personally embrace content protection and security.  Held annually in conjunction with National Cybersecurity Month, “Content Protection Month” helps raise awareness and make it everyone’s job at every level to safeguard content.  CDSA provides the tools and templates to help content companies inspire staff to serve as ambassadors and empower evangelists to promote content security, content protection and information security while working around the world.

About CDSA
Founded in 1970, the Content Delivery and Security Association (CDSA) is the worldwide forum advocating the innovative and responsible delivery and storage of entertainment, software, and information content. CDSA’s global membership includes companies involved in every facet along the digital and physical media supply chain. CDSA provides community, collaboration and communications services that protect entertainment media throughout the supply chain, both pre- and post-release. Its most recent initiative is the joint-venture launch of the Trusted Partner Network (TPN) with the Motion Picture Association (MPA).

About BBC Studios
BBC Studios, a global content company with British creativity at its heart, is a commercial subsidiary of the BBC Group. Formed in April 2018 by the merger of BBC Worldwide and BBC Studios, it spans content financing, development, production, sales, branded services and ancillaries. BBC Studios’ award-winning British programmes are internationally recognised across a broad range of genres and specialisms. It has offices in 22 markets globally, including seven production bases in the UK and production bases and partnerships in a further nine countries around the world. The company, which makes 2500 hours of content a year, is a champion for British creativity around the world and a committed partner for the UK’s independent sector. BBC Studios has revenue of £1.4bn, and returns around £200m to the BBC Group annually, complementing the BBC’s license fee and enhancing programmes for UK audiences.