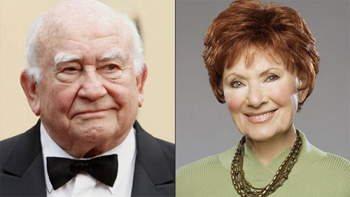 The 11th Annual Burbank International Film Festival (BIFF) will honor Ed Asner, Marion Ross, Lowell Ganz and Babaloo Mandel on September 4th-8th at the AMC 16 Theatre in Downtown Burbank. Opening Night will begin with celebrity arrivals, media red carpet and the World Premiere of the documentary film Stallone: Frank, That Is. The film stars Frank Stallone and is about his life as a guitarist, singer, actor and Golden Globe and Grammy-nominated songwriter. The screening will be followed by a Q&A with Frank Stallone and the filmmakers.

Prior to the screening, legendary Emmy-winning actor Ed Asner will receive the Lifetime Achievement Award. Asner celebrates his 90th Birthday this year and is best known for his work as Lou Grant in both television series The Mary Tyler Moore Show and Lou Grant.  He played Santa in the film Elf and was the voice of Carl in the Pixar film Up, among many additional credits in television, film and theater in a career spanning over six decades.

A Gala Reception at Gordon Biersch Brewery & Restaurant will immediately follow the screening. Though the Gala is already sold out, tickets to the Premiere screening are still available. www.itsmyseat.com/BIFF

The festival will conclude on September 8th with the Closing Night Dinner and Gala Awards Show at the Burbank Airport Marriott Convention Center. The semi-formal, star-studded event will honor Actress Marion Ross with the prestigious Garry Marshall Spirit Award. Marion is well known as Mrs. Cunningham from Happy Days.  She was also in the show Brooklyn Bridge as Sophie Berger, as well as making appearances on The Drew Carey Show, Gilmore Girls and many others.

Other honorees include the famous writing team of Babaloo Mandel and Lowell Ganz who will be celebrating the 30-year anniversary of Parenthood and the 35-year anniversary of Splash. Famed writer/director Shane Black will present the award. Shane is best known for writing the Lethal Weapon series of films and the writer/director of Iron Man 3, The Predator, The Good Guys and Kiss Kiss, Bang Bang.

Kicking-off the festival’s ‘Night of Science Fiction, Fantasy & Horror ‘on September 7 will be the 30th anniversary screening of the classic time-traveling comedy, “Bill & Ted’s Excellent Adventure”. Following the screening will be a Q&A Panel followed by a “most excellent” After-Party with a live band, DJ and special performances by Jake Hayes and Cherie Curry, (lead vocalist for the legendary rock band “The Runaways”).

BIFF will screen over 185 films from around the world in five days in over 20 different categories including a new short film category with LGBTQ stories, themes and characters. This new inclusive category is proudly sponsored by Here Media.

For all festival programming and events, to order tickets, or for more information, visit www.BurbankFilmFest.org.

About THE BURBANK INTERNATIONAL FILM FESTIVAL
The Burbank International Film Festival Board of Directors is comprised of talented industry professionals and production executives who work within the studio system. Our festival judges, screening committees, and many of our volunteers are respected professionals in motion pictures, television and digital media. Our festival offers over 20 awards in a variety of categories, with special awards honoring social awareness, inclusion and diversity in the filmmaking industry. For this year BIFF is inaugurating the LGBTQ Inclusive Short Film Awards Category promoting equality and encouraging the next generation of filmmakers.

The BIFF mission is to promote emerging filmmakers by providing a gateway to expand their careers in the entertainment industry. Not only do we actively champion independent filmmaking, we are one of the few film festivals in the world that offers film distribution opportunities to help filmmakers guide their cinematic vision toward profitability.

The Burbank International Film Festival is a California non-profit organization operating as a 501(c)(3) tax-exempt corporation.