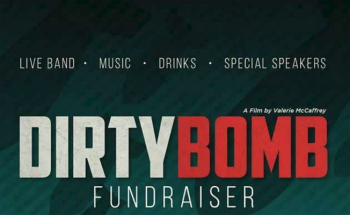 It is important to not only forget Mankind's capacity for evil, but also appreciate the resilience and sacrifice of those who confronted that evil. It is important for future generations and our modern society to recognize our World History as to never repeat it again.
Indie casting director coming from the studio level uses her knowledge to producing and directing capacity as well.
LOS ANGELES
--(SPW)--
When renowned casting director Valerie McCaffrey cast the critically acclaimed HARD CANDY, she put Ellen Page in her first American film.  With an obvious eye at picking talent, she’s also got a great sense of what makes a great film.
She recently produced a film called LOST AND FOUND IN ARMENIA with Jamie Kennedy and Angela Sarafyan. She also completed a cancer documentary CANCER, IT’S IN THE SYSTEM in which she co-directed and co-produced with Cindy Pruitt. She also produced an award-winning film directed entitled NEO NED, starring Gabrielle Union and Jeremy Renner.
Her newest project, a short film called DIRTY BOMB, is about one of the great but largely untold stories from WWII, about Jewish prisoners who manipulated the German’s V2 bomb, causing it to misfire at the cost of their lives. McCaffrey wrote the script, is producing and directing the project.  Often called the “magician” at casting, she is earning similar stripes wearing her director’s hat, making the Angeles National Forest resemble the Ardennes Forest during the Battle of the Bulge.
Although the film is not yet completed filming, here is compilation footage of some scenes from the Battle of the Bulge segment of the script.
Valerie wants to use this short as a teaching tool to the time period and wants to communicate how we as humans, though under the worst conditions, can change the course of history by sacrificing ourselves for the good of man. We need to know  and learn the hero stories!
In order to complete financing for the film, she will be having a fundraiser at her home on July 1, 2017 from 5-12pm, where there will be entertainment, food, drinks, speakers and silent auction throughout the night. It’s being sponsored by Creative Visions, an organization that supports socially relevant films and is tax deductible minimum $25.00 donation. Event Details, Learn more
From April 1994-2000, Valerie held the position of Vice President of Feature Film Casting for New Line/Fine Line Films. During her tenure at New Line/Fine Line, Ms. McCaffrey cast scores of films, developing strong relationships with all major talent agencies and management firms. Among the many highlights of her career, she cast Edward Norton and Eddie Furlong in New Line Cinema’s AMERICAN HISTORY X which Edward Norton was nominated for an Academy Award®.  She also cast BABE which garnered James Cromwell an Oscar nomination for his performance as the pig farmer
produced by George Miller.
Media Contact
Deborah Gilels
LA Media Consultants
(818) 758-6509
Contact via email