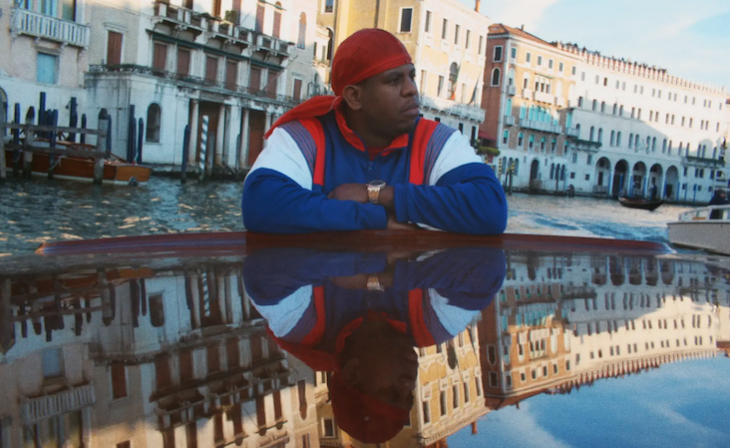 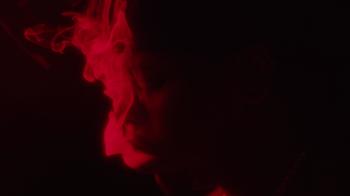 In this latest short from production company Lief and featuring music by Solange, Elisha Smith-Leverock takes us on a trippy journey with Ghetto Gastro's founder Jon Gray, as he designs his Bronx collective’s first glassware collab in Murano, Venice.

“This is a story of transformation and growth—from crack pipes to glass art,” says Elisha Smith-Leverock, the director shining a spotlight on Jon Gray, the co-founder of Bronx-based culinary collective Ghetto Gastro, whose new glassware collection takes unexpected inspiration from the history of crack.

Working at the intersection of food, design and culture, Gray calls himself “the dishwasher”—an unceremonious title that belies his part in changing the restaurant game by replacing the traditional gatekeepers of gourmet food.

In this Solange-soundtracked project, Smith-Leverock traveled to Venice to meet Gray and the team of world-class glass artisans working on his first kitchenware collaboration, Triple Beam Dream, a name which is shared by Rick Ross and Nas’ 2012 coke ballad.

The conspicuous references to Gray’s past extends throughout his collection, which also pays homage to the aesthetics of Pyrex glass—a major player in the production of crack during the ’80s and ’90s drug epidemic.

All of Gray’s projects share the philosophy that real creativity can be found on the streets, not just front row seats. Whether it’s drugs, social injustice or prejudice, Gray’s collective has made a name for itself by taking destructive narratives and forging something precious from the pain.

From a deconstructed apple pie with a chalk body outline to bring attention to the Black Lives Matter movement, to lines of crushed coconut served on a mirror, Gray’s partners and co-founders have created culinary works of art for both soup kitchens and tech execs.

“It’s not uncommon for luxury items to be appropriated from things that come from the streets,” says Smith-Leverock. “It’s far more rare that you see these ideas pushing into the luxury space created by people who have actually lived this reality. Jon and Ghetto Gastro are challenging ideas about who gets to tell these stories.”

Smith-Leverock continues: “Triple Beam Dream manages to compound a lot of what Ghetto Gastro is about, as well as reflecting Jon’s personal journey. It’s subversive, disruptive, uplifting and transformative - all at the same time. Jon and Ghetto Gastro stuck to their philosophy behind the camera as well, specifically choosing to work with a woman of colour, creating more opportunities for our voices to be heard.”

Aside from her film work, Elisha Smith-Leverock remains deeply committed to championing diversity both on and off screen, as an artist and the ambassador for Free The Work in Germany. She is represented by production company Lief, amongst a roster which promotes and celebrates inclusivity with its 15 exceptional and uniquely diverse talents.

About Elisha
Growing up with one parent serving in the military, frequent relocation became the norm for director Elisha Smith-Leverock. Now based in Berlin after a decade in London’s Hackney, Elisha’s childhood saw her enjoying the perks of experiencing life in several different countries. For Elisha, being on the move has helped to develop her understanding of culture and taught her how to read people.

Having initially started out as a photographer, Elisha has gone on to build an award-winning portfolio, redefining her filmic style with every job she takes on. Her passion for art direction and cinematography is evident as each project is considered yet highly stylised. With a German mother and an African-American father, it’s no surprise that identity features as a prominent theme in most of her creative work. It’s something Elisha is constantly exploring through her own mixed heritage.

Elisha is fearless when it comes to her films, tackling topics like diversity and gender stereotypes with a maturity and softness that works on-screen. Her short doc Miss Black Germany is about the contestants of a black beauty pageant. The film follows them as they seek to find a place of acceptance in a world that idolises a predominantly white western ideal. A champion of diversity on and off screen, Elisha is the ambassador for Free The Work in Germany.

About Lief
Founded by Margo Mars in 2017, Lief is a filmmaker-led production company dedicated to making high quality content and providing access to exceptional talents with an unmistakably individual style. Keen to continue strengthening its reputation for creating short-form content, Lief is bound to continue creating award-winning work, especially under Mars’ watchful and nurturing eye. As one of the most respected and well-known creative producers in the UK, she counts awards from Cannes Lions, D&AD, Clios, Ciclope, British Arrows, LIA, Campaign, MVA, VMA, Kinsale, SHOTS and Tribeca X under her belt. 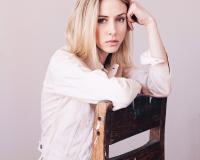 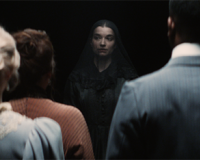 Prodigiously multitalented, slightly off-kilter and always with a surrealist approach, Danny Sangra once again proves he is a next generation filmmaker who has honed the art of observation.... 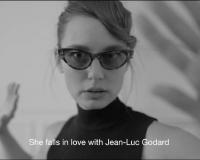 Prodigiously multitalented, slightly off-kilter and always with a surrealist approach, Danny Sangra once again proves he is a next generation filmmaker who has honed the art of filmmaking. Today he... 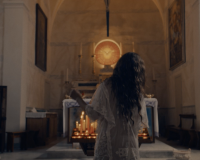 KAZU Releases Atmospheric Music Video For “Come Behind Me, So Good!”
Friday, Sep. 13, 2019

KAZU, the iconic voice of the seminal band Blonde Redhead, releases her highly anticipated first solo album entitled Adult Baby. Today she also debuts the extraordinary music video for her latest single “Come Behind Me, So Good!” Directed by ... 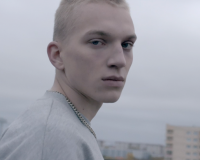 Lief is proud to release ‘Waiting’ - a music video collaboration for S-Type directed by Adi Halfin.

Based on the photo series ...