The Make-Up Artists and Hair Stylists Guild (MUAHS, IATSE Local 706) announced winners of its 6th Annual MUAHS Awards in 23 categories of film, television, commercials and live theater, during a formal gala at the NOVO by Microsoft at L.A. Live Downtown on Saturday night, February 16, 2019. Winners in the Feature Motion Pictures categories include A Star is Born, Vice, Crazy Rich Asians and Mary Queen of Scotts. Television winners included The Marvelous Mrs. Maisel, American Horror Story: Apocalypse, Westworld and Dancing with the Stars. For the categories for Motion Picture Made for Television, winners include King Lear, Cocaine Godmotherand Jesus Christ Superstar: Live and in Concert.

Winners in the Daytime Television category were awarded to The Young and The Restless.A Series of  Unfortunate Events wins Best Children/Teen Program. Theatricalhonors were bestowed upon Aladdin and The Unauthorized Musical Parody of Rocky Horror. The Commercial/Music Video Award was presented to American  Horror Story: Apocalypse–Promotional Campaign.

The awards took place before an audience of more than 900, including Guild members, industry executives and press. Actress/comedienne Loni Love (The Real) returned to charm as host for the fourth year in a row. Julie Socash, newly installed President, and Randy Sayer, Business Representative, presided over the awards ceremony. Returning again as producer of this year’s MUAHS Awards (#MUAHSawards) was Erick Weiss of Honeysweet Creative.  .

Melissa McCarthy (Can You Ever Forgive Me?), Academy Award-nominated and two-time Primetime Emmy-winning actress, received the prestigious MUAHS Distinguished Artisan Award, celebrating her prolific acting career and the plethora of characters she embraces. McCarthy is the first female artist to receive this award, presented by hair stylist Linda Flowers, collaborator on McCarthy’s numerous characters for many years. A wonderful clip reel was presented spotlighted the prestigious spectrum of McCarthy’s extraordinary award-winning film work including Bridesmaids, Can You Ever Forgive Me?, This is 40, The Hangover Part III and Ghostbusters, among many others. Her award-winning television credits include Gilmore Girls, and Mike and Molly, for which she won an Emmy. 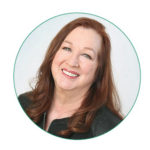 Another highlight of the evening was the moving In Memoriam, performed by long time MUAHS member Angie Wells. The spirited MUAHS After Party took place following the Awards ceremony featured a special appearance with celebrity DJ Bootie Mashup, courtesy of M.A.C. Cosmetics and catered by Wolfgang Puck.

The Make-Up Artists and Hair Stylist Guild Awards is proud to be sponsored by:

About LOCAL 706
The Make-Up Artists and Hair Stylists Guild (IATSE, Local 706) was chartered in November 1937. Today, membership includes over 1,800 artisans in the entertainment industry worldwide. Local 706 members are make-up artists and hair stylists who have created the looks for Hollywood’s most memorable characters and stars of stage, screen, television and now the Internet. The wide-ranging domains of these artists include feature films and television, commercials; “live” network television, all types of theatrical productions and Disneyland theme parks. Local 706 Members have created notable characters competing for Academy Awards®, Primetime Emmys®, Daytime Entertainment Emmys®, Saturn Awards®, BAFTA Awards®, and many other honors for make-up and hair styling artistry including their own Hollywood Make-up Artists and Hair Stylists Guild Awards. The Local 706 Guild publishes TheArtisan, a glossy quarterly magazine, and provides panels, workshops and training both for members and others interested in the field to foster a spirit of innovation in the craft. For more info, visit local706.org or get #MUAHSawards updates on Facebook , Twitter and Instagram.

Produced and directed by Erick Weiss and his ...