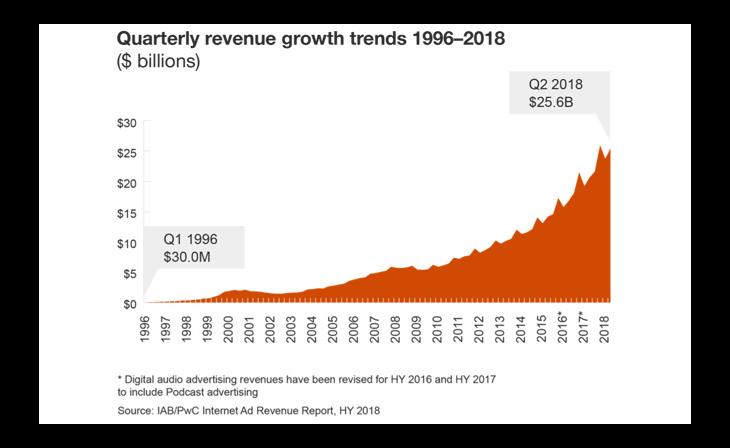 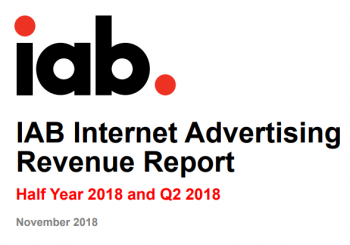 U.S. digital advertising revenues for the first six months of 2018 soared to $49.5 billion—the most advertisers have ever spent on digital media in a first half of a year—according to the latest IAB Internet Advertising Revenue Report released by the Interactive Advertising Bureau (IAB) and produced by PwC US. This represents a dramatic 23 percent year-over-year increase from the $40.3 billion reported for the same period in 2017.

Report analysis attributes the growth, in part, to the rise of the direct brand economy and the related increase in mCommerce. No longer satisfied shopping solely in brick and mortar stores, consumers are embracing new digital-first, direct-to-consumer (DTC) brands or product lines that often do not appear in-store at all, driving advertisers and retailers to reach new customers via mobile.

Other highlights from the report include:

"This landmark figure cements digital advertising—whether display, search or mobile video—as one of the most powerful mechanisms of all time for brands to build relationships with consumers,” said Randall Rothenberg, CEO, IAB. "It's a truth upon which direct-to-consumer brands have built their businesses, and from which all businesses can benefit."

“There is no question that digital advertising is top-of-mind with brand marketers,” said Anna Bager, Executive Vice President of Industry Initiatives, IAB.  “Video is front and center, experiencing a surge—especially on mobile devices. Other formats, like digital audio and social media are seeing spikes and are ripe for further growth.”

“Over the course of the last 23 years, this report has served as the official tracking mechanism of the size of the digital advertising industry and the trends propelling its ongoing rise,” said David Silverman, Partner, PwC US. “This 2018 half year report continues to drive awareness of the great influence of this industry, and specifically the great transformation that has occurred in the advertising ecosystem."

IAB sponsors the IAB Internet Advertising Revenue Report, which is conducted independently by the New Media Group of PwC. The Q2 2018 revenue is estimated based upon a representative sample of the overall survey respondents. The results are considered a reasonable measurement of interactive advertising revenues because the data is compiled directly from information supplied by companies selling advertising on the internet. The survey includes data concerning online advertising revenues from web sites, commercial online services, free email providers, and all other companies selling online advertising.

PwC does not audit the information and provides no opinion or other form of assurance with respect to the information. Past reports are available at www.iab.com/adrevenuereport.

About PwC US
At PwC, our purpose is to build trust in society and solve important problems. We’re a network of firms in 158 countries with more than 236,000 people who are committed to delivering quality in assurance, advisory and tax services. Find out more and tell us what matters to you by visiting us at www.pwc.com.

About IAB
The Interactive Advertising Bureau (IAB) empowers the media and marketing industries to thrive in the digital economy. Its membership is comprised of more than 650 leading media and technology companies that are responsible for selling, delivering, and optimizing digital advertising or marketing campaigns. The trade group fields critical research on interactive advertising, while also educating brands, agencies, and the wider business community on the importance of digital marketing. In affiliation with the IAB Tech Lab, it develops technical standards and best practices. IAB and the IAB Education Foundation are committed to professional development and elevating the knowledge, skills, expertise, and diversity of the workforce across the industry. Through the work of its public policy office in Washington, D.C., IAB advocates for its members and promotes the value of the interactive advertising industry to legislators and policymakers. Founded in 1996, the IAB is headquartered in New York City and has a San Francisco office. 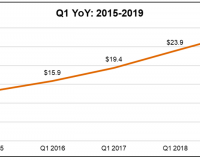 U.S. digital advertising revenues reached a landmark high of $28.4 billion in the first quarter of 2019. This is the industry’s strongest Q1 on record, according to the latest IAB Internet Advertising Revenue Report figures released today by ... 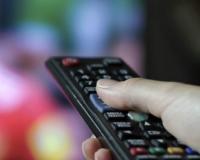 The Interactive Advertising Bureau (IAB) today, at NewFronts West, released “Ad Receptivity and the Ad-Supported OTT Video Viewer,” an in-depth study that reveals an opportunity for brands to connect directly with key consumer segments through ad... 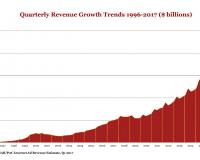 The first quarter of 2017 marked the highest ever Q1 earnings for digital advertising in the U.S., hitting $19.6 billion, according to the latest IAB Internet Advertising Revenue Report released today by the Interactive Advertising Bureau (IAB)... 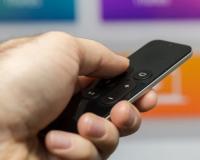 Majority Of U.S. Adults Own A Streaming Enabled TV, Up 56% From 2015, Transforming The Way America Watches Television
Wednesday, May. 10, 2017 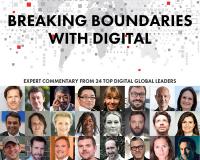 IAB Reveals 'What Works & Why' In Digital Marketing around The World in 2016 Insights Report
Wednesday, Sep. 28, 2016