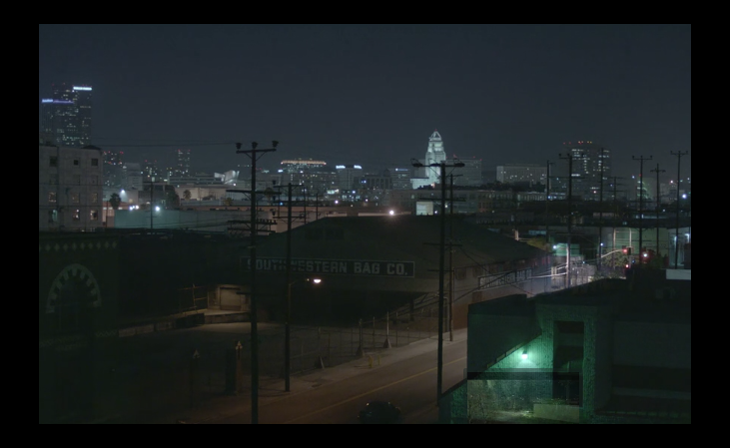 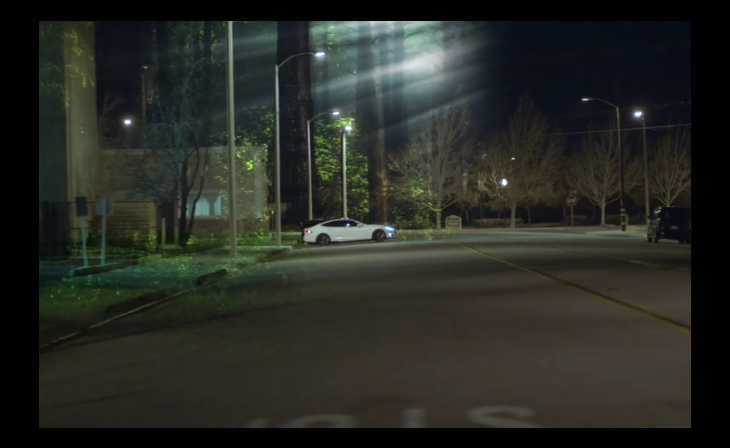 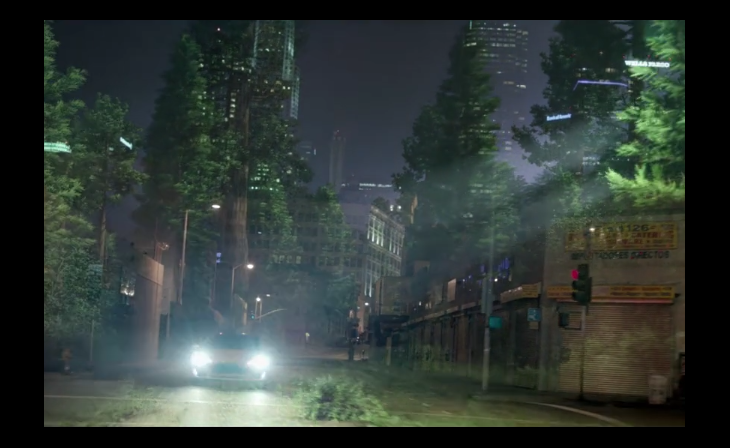 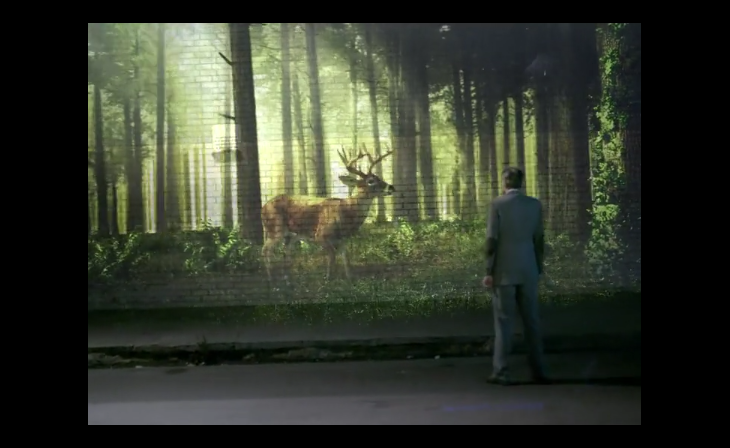 The city meets the woods 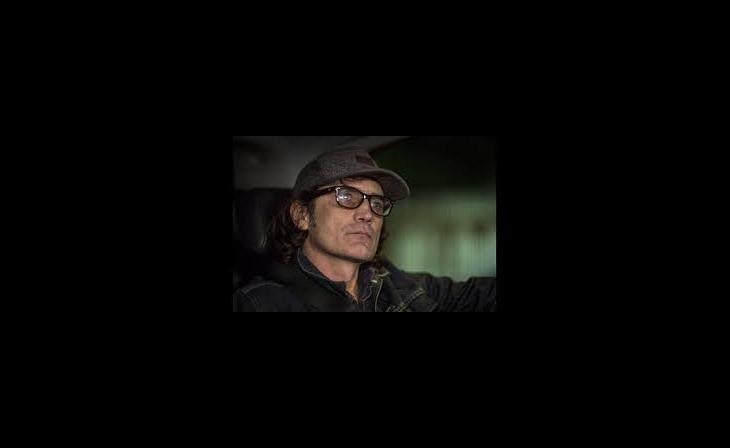 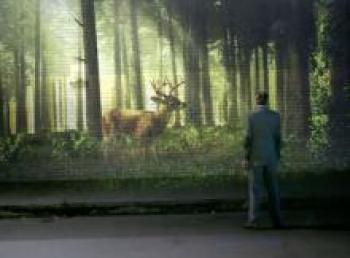 It’s the middle of the night in downtown LA. City lights form a colorful backdrop. Light emanates from a car as it moves through the neighborhood; more than a headlight, it’s the aura of life itself. As the car passes buildings and lampposts, nature rises up alongside these edifices in the form of trees and foliage, until the city becomes a forest. The environs grow ever richer, sharper, more green. The car - a Tesla Model S - breezes down a tree-lined road... wait, it’s not a road, it’s a street, with lamps overhead... no, not a street, but a tunnel, in a city. As this ride comes to an end, we realize that a ride is all it’s ever been: a car, driving through the city, naturally.

If this story unfolds like a dream, the comparison is apt. “Night Projections” - created on spec and featuring the Tesla Model S - sprung from the mind of director Adriano Falconi (repped in the US by ContagiousLA), known for his work with agencies and brands like DDB, BETC, HAVAS, Publicis, McCann, Leo Burnett, Orange, Jägermeister, Fiat Group and MasterCard. “I didn't have a budget for this project, so when we started scouting LA and Bakersfield we didn’t have any clue how far this film would take us,” the director recalled. “We envisioned this car causing a metamorphosis evolving from the woods, to animals, and a human presence ultimately. So, we had to think about how to realize this in the most efficient way. With no VFX supervisor on set, we just drove a Tesla and projected colored light onto the buildings to see how real projections interact with the architectural elements.”

ContagiousLA partner/executive producer Natalie Sakai said Falconi’s latest work aligns perfectly with the company’s mantra of pushing the envelope. “Not only does ‘Night Projections’ take Adriano’s reel in a new direction,” she noted, “it demonstrates the power of his vision and ambition. He saw this film in his mind and willed it into being.”

“We knew immediately this project was special,” said collaborator Tim Crean, ECD of SUSPECT vfx + design. “We had done projection in post dozens of times…this was different. Adriano was determined to push it, to transcend the expected.” Ultimately, Falconi and the SUSPECT team came together around an idea: a projection effect that started simply, but soon began to behave in unexpected ways. “Adriano really wanted it to come alive,” Crean said, “for the viewer to lose touch with what was reality and what was a dream.” Integrating the CG animals and forestry into the live action was only the first step. The creative team at SUSPECT then sought to defy the expected boundaries of the walls, buildings and street pavement. “Our creations were spilling out into the surrounding environment, the trees were growing into the background and foreground, literally escaping the canvas,” Crean said. “It was exhilarating.”

“I just marveled at some of the initial proof of concept shots,” Falconi enthused. “To see the elements drawn in sketches gradually take shape has been mind blowing! SUSPECT put new fuel in the tank and launched the film into orbit.”

Unlike the rest of the film, which Falconi storyboarded before the shoot, the ending evolved while the project was underway. “We thought it would be nice to have the imaginary world fade out and leave us back in the city,” said the director. “Driving the car inspires hope and an embrace of nature, and respect for our world - the real world.”

The team is considering shooting additional footage in VR and building a second cut in the spring. It would be, Falconi explained, “a chance to re-experience the spot, from another point of view, to, hopefully, be able to step out of the car for a brief moment and pet the deer and so on.

“With each new project, I try to do something better than I’ve done before,” the director concluded. “I enjoy the process of seeing the images in my mind come to life, and I’m driven to keep having fun and not to sit back in satisfaction.”