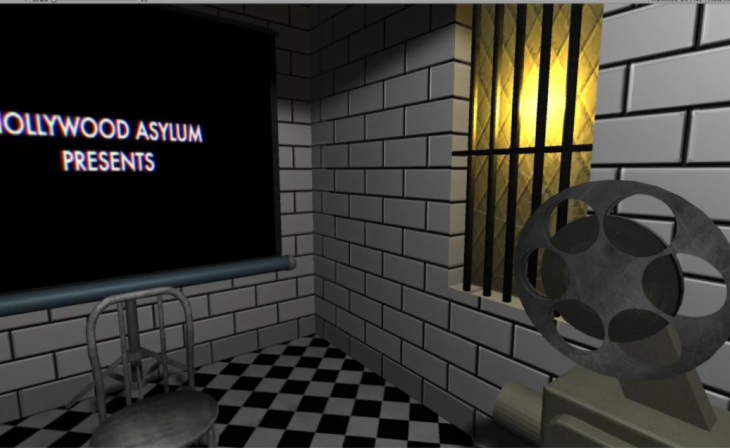 To promote the episodic property of the same name, Realitygon Digital developed the app that comes preloaded with “PSYCHO CITY, TX.™” and other surprises.

“Psycho City, TX.™ is the best horror VR experience we have ever seen.” – Famous Monsters of Filmland

Thanks to Sexton's unconventional VR Video editing techniques and canny use of visual cues, he directs the viewer through an organically flowing narrative in this chilling dystopian tale.

Says Sexton, “In every evolution of audio-visual entertainment, the most gripping and memorable content for audiences centers around a narrative. After the spectacle fades or the gimmicks are worn thin, it always comes back to storytelling. This new opportunity for spinning tales in an immersive environment has arrived, and the audience is hungry for the experience.”

A VIVE and Oculus version of PSYCHO CITY, TX™ - VR will be released at the end of this month to coincide with screenings at NEXT, the innovation hub of the Marché du Film at Cannes.

The VR clip was shot in Hollywood, CA. and was produced in conjunction with L.A. Spot Shop and Hollywood Asylum and lensed by Director of Photography Kara Stephens (Fractured, Ghost Scream, West Coast Customs)

Psycho City, TX™ is one of the first forays in 360° technology that successfully coalesces a narrative and VR.

Download and watch the virtual premiere of PSYCHO CITY, TX. 360°

Sexton's previous experience in 360° VR was noted in an article in The Wall Street Journal, where he commented on the potential of the technology. “VR is defining the future of both share viewer experiences and storytelling," said Sexton. "We're pioneers in this space. Every piece of content we create forces us to reinvent everything we know about filmmaking and how an audience interacts with a story.”  http://tinyurl.com/WSJ-360Sexton

While speaking as a guest panelist on VR Tech and augmented reality (AR) for MNS (Midsummer Night Scream), Sexton spoke of the next wave of VR and AR storytelling. “There is no stopping VR and the creator's ability to direct a viewer's experience and attention.” Continues Sexton, “Magic Leap, HTC Vive, Oculus, Playstation, The HoloLens, YouTube, Vimeo and Facebook makes VR, AR and MR a reality for viewers who want to have an experience, regardless of their budget. It’s up to us to give them something to experience.” (http://bit.do/vr-panelist_robert-sexton)

LA Spot Shop and Hollywood Asylum are production companies based in Los Angeles, CA. that produce long and short form traditional 2D and other non-traditional projects.

Robert J. Sexton’s CV includes numerous award wins and nominations, along with official selections and invitations from award shows and film festivals around the world.

Winner of 3 Emmy® Awards: Producing from the National Academy of Television Arts and Sciences for ad campaign and produced spots.

His experiences as a director landed him a guest panelist spot at the San Diego Comic-Con discussing his horror themed music videos, movie/TV projects and as a guest panelist on VR related presentations.

Dominator for the use of “Cold War” in the 2D sizzle reel.