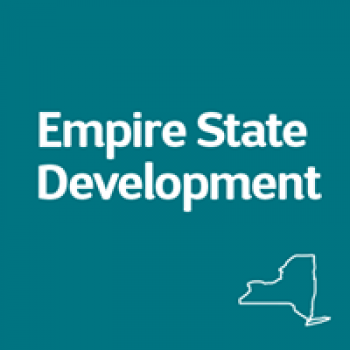 Empire State Development (ESD) announced Bronx Community College (BCC) is launching the Film Production Training Program, a new 14-week program that will train up to 100 students annually for work in union trade crafts, such as property, carpentry and electric. The program is the result of an unprecedented partnership between New York State, BCC and IATSE Local 52 and will launch in Winter 2019.

ESD President, CEO and Commissioner Howard Zemsky said, “This incredible partnership between industry, labor, academia and government has created a program at Bronx Community College that will train the next generation of film professionals and put them on the right path for careers in New York City’s thriving film and TV industry.”

The Program, which is being supported by a $375,000 grant from Empire State Development, will teach students technical skills, such as basic carpentry, tool usage and shop safety, as well as “life skills”, including workplace communication and behavior, career networking, employer expectations, and coping with challenging work situations. The funding will also support instructors with experience in the film production industry and a part-time program manager who will oversee the instructors and provide additional student support. Students who complete the program will receive a Bronx Community College/CUNY Continuing Education Certificate in Film and Television Production.

“With our well-established associate degree program in Media and Digital Film Production, Bronx Community College is uniquely positioned to recruit and train students of color, including women, for rewarding careers in film and television production,” said BCC President Thomas A. Isekenegbe. “Thanks to our partnership with IATSE Local 52 and New York State, we will be able to offer customized technical training in high-demand crafts to students from the Bronx and beyond.”

IATSE Local 52 Vice President John Ford said, “Local 52 is proud to work with Ken Adams and Bronx Community College.  Thanks to Governor Cuomo and the Legislature’s support of the film tax credit, the industry is busier than ever before.  This training program will help ensure a steady stream of qualified, diverse workers to service the needs of production well into the future.”

Charlie Rivkin, Chairman & CEO, Motion Picture Association of America said, "When America goes to work, its workforce should reflect our diversity. That's why we applaud the workforce development partnership between Bronx Community College and IATSE Local 52, and commend New York State for supporting this program. The MPAA and our member studios are committed to well-trained, diverse crews and look forward to having graduates of the program on set."

Founded in 1957, Bronx Community College (BCC) is a semi-autonomous unit of The City University of New York (CUNY), the nation's largest urban public university. One of three CUNY colleges in the Bronx, BCC serves approximately 11,000 students. BCC is a Hispanic Serving Institution (HSI), with students representing approximately 100 countries.  The college offers more than 50 programs leading to AAS and AS degrees as well as seven certificate programs and extensive continuing education courses.

About Empire State Development
Empire State Development (ESD) is New York’s chief economic development agency (www.esd.ny.gov). The mission of ESD is to promote a vigorous and growing economy, encourage the creation of new job and economic opportunities, increase revenues to the State and its municipalities, and achieve stable and diversified local economies. Through the use of loans, grants, tax credits and other forms of financial assistance, ESD strives to enhance private business investment and growth to spur job creation and support prosperous communities across New York State. ESD is also the primary administrative agency overseeing Governor Cuomo’s Regional Economic Development Councils and the marketing of “I LOVE NEW YORK,” the State’s iconic tourism brand. For more information on Regional Councils and Empire State Development, visitwww.regionalcouncils.ny.gov and www.esd.ny.gov.