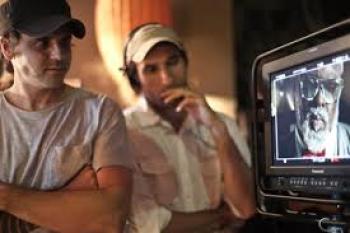 Part of FilmBrazil's "Brazilian Directors Showcase": TOMAT (Directors Duo) Mateus Araujo & Tomas Salles on-set. http://www.filmbrazil.com
Santa Monica, CA
--(SPW)--
FilmBrazil will host the “Brazilian Directors Showcase” at the Viceroy Hotel in Los Angeles on Tuesday, March 8th. This is the second edition of the “Brazilian Directors Showcase,” with FilmBrazil having hosted events last year in New York and Chicago. FilmBrazil will once again bring some of the very best work from the most talented production, animation, and branded content companies, but this time around to sunny and beautiful L.A. Companies represented in the showcase include: Academia de Films, Barry Company, Hungry Man Brazil, Lobo, O2 Filmes, Prodigo Films, Trator, Zohar, Clan VFX.
“Following the success of New York and Chicago last year, it is very exciting to take this show on the road again,” says Marianna Souza, Executive Manager of FilmBrazil. “It is truly inspiring to be able to showcase a fresh and unique perspective from these Brazilian Directors,” adds Luis Ribeiro, U.S. Consultant for FilmBrazil.
Confirmed agencies attending the showcase include: Los Angeles-based 72&Sunny, Deutsch, and David & Goliath, as well as Anomaly/NY, BBDO/NY, DDB/Chicago, Leo Burnett/Chicago, Wieden & Kennedy/Portland, Richards Group/Dallas, and The Community/Miami.
Also included in the week’s festivities is a welcome dinner and networking hosted on Monday, March 7th by the Motion Picture Association – América Latina. Studios participating include: Disney, Fox, Paramount, Sony, WB and NBCUniversal.
“Brazil is un unstoppable force today in advertising,” notes Renato Fernandez Creative Director, TBWA\Chiat\Day. “Creatives are being ‘exported’ to all parts of the world. And this Brazilian Showcase demonstrates that Brazilian Directors and production companies are behind this success. They are among the very best nowadays and capable to offer amazing work with a tropical flavor. It is not a shortlist. It is a sharp list."
“Brazilian filmmakers are doing some amazing work,” concludes Brian O'Rourke, Director of Production, TBWA\Chiat\Day. “Never before has the level of craft been so high, talent so deep, and genres so diverse. It's a very exciting time. And it's been fun to discover such quality talent.”
FilmBrazil’s “Brazilian Directors Showcase” in Los Angeles is particularly timely as we move towards the 2016 Summer Olympics, hosted in Rio de Janeiro, Brazil, this year.
About FilmBrazil
Founded in 2003, FilmBrazil is a project whose ultimate goal is to strengthen the country’s overall position as a global advertising production hub. APRO in partnership with Apex-Brasil are at the helm of the project, which features over 50 companies that excel in music, production, direction, post-production, animation and infrastructure, collectively producing 80% of Brazil’s advertising content. Brazil is the 6th largest advertising market in the world. In 2014, media investments in Brazil turned over about USD $10 billion. After 60 years, the country won a Grand Prix at Cannes in the Film category for “Leica 100 Years.” Recently, the Gunn Report revealed the project was the 2nd most awarded film of all time. 2015 also proved to be the best year yet for Brazil in the Film Craft category, with the country bringing home a total of nine Lions. At Ciclope Festival, Brazil’s participation was nothing short of massive, with national representatives heading the list of the Latin American standing. For more on FilmBrazil, check out: www.filmbrazil.com
Contact: 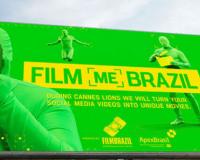 FilmBrazil, the international division of the Brazilian Association of Production Companies (APRO), in partnership with the Brazilian Trade and Investment Promotion Agency (Apex-Brasil) – returned to the Cannes Lions International Festival of... 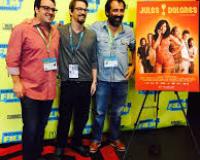 Right after hosting an incredibly successful “Brazilian Directors Showcase” at the Viceroy Hotel in Los Angeles in March, FilmBrazil hit Austin for the SXSW Interactive Festival 2016. A highlight of the week was a premiere of the feature film “...