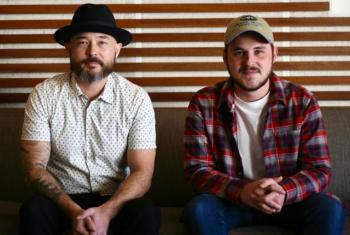 Eleven Mixer/Sound Designer Jordan Meltzer celebrates the official selection of “RFLKTR,” a new short film from Writer/Director Matt K. Turner. The film premieres at the Santa Barbara International Film Festival, beginning on January 31, 2018. The ambitious psychological thriller tells the story of a pilot that crash-lands on an alien planet and faces an unexpected enemy -- another version of herself.

With sound tonalities that truly transcend the overall viewing experience, Eleven’s Meltzer captures the extraterrestrial world with a sense of mystery and intrigue. His calculated approach was undoubtedly nurtured through an impressive portfolio with Eleven having worked on a variety of film, television and commercial projects. Some of Jordan’s recent projects include commercials for HP, Dodge, Disney, FitBit and Sam Smith, which led him to a recent promotion as Mixer/Sound Designer.

“Working with Matt on “RFLKTR” was a lot of fun,” says Meltzer. “I was pretty shocked when I first heard the score he created; I think it served as the pulse and driving force of the film and set a dark, dynamic foundation for me to build off. In some ways “RFLKTR” is a study of footsteps, where the character trudges and stumbles through dry dirt for the entire film. That needed to be addressed and grounded in reality, in alignment with the psyche of the character where futuristic internalized sounds play their role -- toying with the idea that she could be losing her mind, or maybe this is really happening. I really hear her solitude when I watch the film and I’m quite proud of that! I’m very happy for Matt and look forward to working together again down the road!”

“RFLKTR” is a story of nature vs. nurture and the internal struggles waging in all of us, centering on Captain Avery, a commercial pilot who crashes on an alien planet. In her search for help, she encounters a mysterious stranger who is revealed to be another Captain Avery enveloped in a cycle of reappearance and bewildering murder. The short was helmed by Turner of indie cult comedy “Family Weekend” and Writer for ABC drama “The Family.” Shot in one day in the desert, “RFLKTR” finally brings together all of Turner’s skills to conjure a striking example of what can happen when an artist crafts a singular vision from concept to screen.

“As a screenwriter, I've had the pleasure of seeing my work on the screen in features and television. However, taking on a more comprehensive role in making “RFLKTR” has easily been the most rewarding experience of my career,” shares Turner. “I am so grateful to all the talented artists who came together to support this film, including Jordan Meltzer at Eleven who was essential in elevating the film to a level at which we can play at one of the world’s top film festivals. As a graduate of the UC Santa Barbara Film School, I couldn’t be more excited for “RFLKTR” to have its world premiere at the Santa Barbara International Film Festival.”

About Eleven
Eleven is a boutique, audio postproduction studio in the heart of Santa Monica, California, designed to serve the advertising community. Revered by top advertising agencies and editorial shops for its commitment to creativity and client service, Eleven has a long standing reputation as an industry leader in sound mixing for commercials and media. Eleven’s clients are drawn not only to the unparalleled talent of its Mixers, staff and technology, but also to the culture and intimate vibe that the atmosphere of the studios and facilities provide. Reflecting the humor of its Founder/Mixer Jeff Payne, Eleven was named as an homage to “Spinal Tap.” (Not familiar? Do a little research).  www.elevensound.com 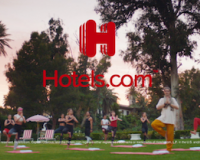 Eleven Mixer Ben Freer Encourages You To "Do You" In New Hotels.Com Campaign
Wednesday, Sep. 19, 2018

Eleven Mixer Ben Freer highlights the diverse array of hospitality services in the latest campaign for Hotels.Com through agency Hulu. The humorous spot captures the versatility of Castle Rock in its accommodation of a wide range of personalities... 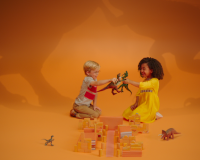 The spots, created by Deutsch LA... 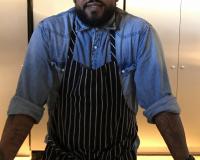 Audio post-production studio Eleven has welcomed Chef Gary W. Sims to their boutique family, a wondrous culinary talent that showcases his mastery of craft visually and tastefully with every creation.

“Gary is bringing his high-level food... 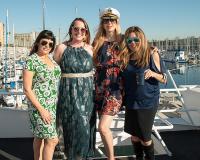 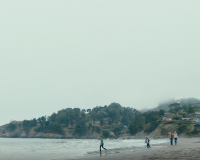