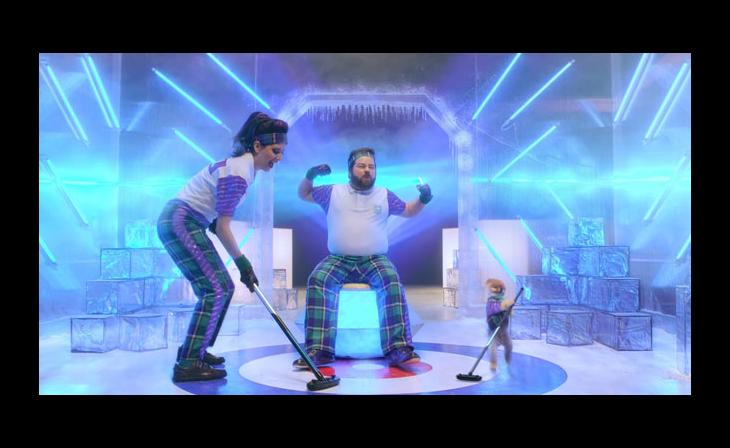 Lorcan Finnegan makes his debut with GEORGE with a spot for Electronic Arts. 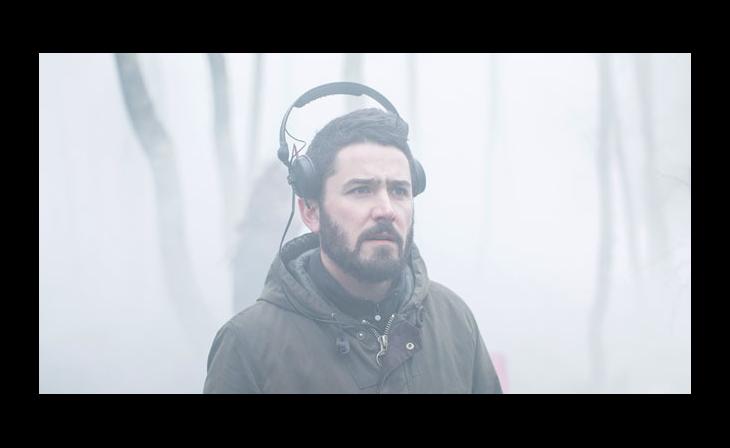 GEORGE’s Lorcan Finnegan has directed a new campaign for Electronic Arts and Team One that offers a whimsical take on the life-altering power of the new “match-3” game Bejeweled Stars.

In one of four spots, a man finds escape from his wife’s boring television show in a game of Bejeweled Stars. He matches a set of tiles and suddenly everything around him changes. His gauche apartment is transformed into curling arena, lit like a disco dance hall. His wife and dog furiously sweep the ice as he rides a giant curling stone toward a goal. The campaign tagline is “Go to your Shiny Place.”

Conceived by Team One Creative Directors Kathryn McFarlane and Phil Henson, the campaign marks the U.S. debut of the Irish-born Finnegan, who recently joined GEORGE through its alliance with Dublin production company Butter. The young director has built a devoted following among some of the top agencies in Europe for his quirky brand of comedy, unusual casting and imaginative production design.

Finnegan’s environments for the EA Games spots are highly stylized, visually alive and filled with inventive idiosyncratic details. The couple’s apartment, for example, is decorated as a shrine to their dog, boasting Pomeranian-themed pillows, kitschy paintings and figurines. (The dog, “Jif,”  featured in the spot, holds the Guinness Book of World Records title as “Fastest Dog on Two Legs” and boasts 2 million followers on Instagram.)

The characters in each of the spots are odd, yet somehow familiar. “I’m always looking for expressive faces; people who can emote without having to do much,” Finnegan says. “I want people who are relatable, who remind you of someone…a cousin or a friend of your sister’s.”

The result is a distinct comic vision that’s warm, charming and imbued with a delicious weirdness. “I love his approach to comedy,” notes GEORGE founder, Executive Producer Beth George. “The feel is unique and it’s very, very funny. Lorcan is detail-oriented, yet sees the big picture always.”

The spots were produced in part in the U.S. and in part in Ireland with a cast of American and British actors. Many of the clever visuals were devised and executed by Finnegan in camera, including each spot’s seamless match cut from the characters’ bland everyday environment to the vibrant “Shiny Place” world inspired by the game.

Noting that Finnegan’s creative interests extend to sketch comedy, photography, animation, motion graphics and feature filmmaking, George says that he is the kind of talent she wanted to introduce to U.S. agencies when she formed GEORGE in 2014. “All of our directors do a variety of types of projects,” she says. “Sophia Banks is a fashion designer, celebrity-stylist, film director and commercial director.  Rob Groenwold is an editor, writer and director.  Jeffrey DeChausse is also an agency creative,  film director and still photographer. Yousef Eldin, newly signed with GEORGE, is both an experienced DP and director of music videos and online content.

We are focused on working with filmmakers who are excited about the potential of the new reality we find ourselves in.”