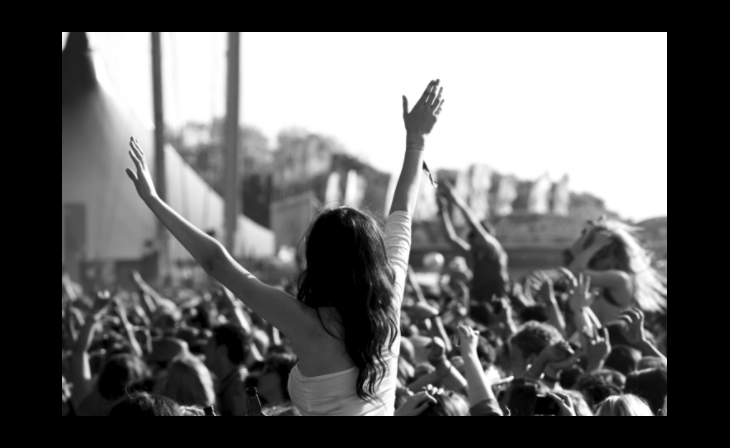 Scott Carroll challenges the industry to continue to do more to improve risk mitigation at large live events. 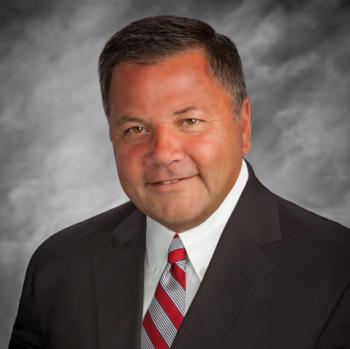 “The Bataclan theater shootings in 2015 and the Pulse nightclub shootings in 2016, as horrible as they were, were followed by the Route 91 harvest music festival shootings in 2017 that changed the rules of the game for everyone involved in the staging of a live event,” Carroll said today. “Bataclan and Pulse were events that occurred within the venues where the entertainment was taking place. The Route 91 harvest music festival was fired upon from a hotel across the street from where the festival was taking place. This one tragedy literally expands the areas of concern that a live event producer, venue owner, touring entertainer or allied service provider has to take into their contingency planning.”

According to Carroll, active assailants are becoming a larger threat to be considered regarding the safety and security of a live event, much more so than a weather-related incident which can now be mitigated, if not altogether prevented, through more accurate weather forecasting. “The threat from active assailants is much greater than the threat posed by terrorists,” he explained.  “Any public space can now be a target — sidewalks, grocery stores, malls, hotels, restaurants.  Perimeters around events have always been considered but now need to be considered with a heightened degree of awareness.

“Crowd control and mass emergency exiting have, in recent years, been given detailed consideration by many of the larger shows and events, Carroll explained. “But now the Route 91 harvest tragedy underscores the need for even stronger consideration during the event safety planning process.  As an industry, we spend so much time, attention and money on keeping people out of venues that I wonder if consideration also now needs to be given to having a plan to implement a mass evacuation from a venue under attack.”

Carroll challenges the industry to continue to do more to improve risk mitigation at large live events. He said the industry needs to make greater use of safety and security experts, develop closer working relationships between all life safety services and the event promoter, producer, venue and entertainers.  “We need to develop a ‘best practices’ approach to all life safety services that can be shared across a broad spectrum of venues in all size markets,” he said.

Carroll noted that one of his larger event promotion and production clients, The Solomon Group of New Orleans, told him that they believe larger cities and venues have a great deal of experience in planning for a safe and secure event while other smaller cities and venues have far less industry experience. “This reality challenges us to consider that there should be a Best Practices Manual that every city everywhere can refer to plan a safe and secure event,” Carroll emphasized. “We’ve had preliminary discussions with the Event Safety Alliance to help assemble the forces required to create such a guide with more discussions intended within the next few months.”

Looking to the year ahead, Carroll said that complacency remains the biggest thing that the industry needed to address and change. “It’s astonishing how many people involved in the staging of a live event still believe that ‘it can’t happen here or to me and my event.’  We have to eradicate complacency before we can make safety and security the number one priority for every event held anywhere in the country.”

Carroll also said that the industry had to come to terms with the fact that the risk exposure is indeed great enough to justify the expense of having the right insurance coverage in place. “Take1 constantly thinks about how live event Insurance may change as a result of events around the world like Route 91, and we involve ourselves in that dialogue from the live community’s perspective. We have shared, and will continue to share, what we learn from each of these unfortunate events.  In the meantime, the community needs to carefully review their policies with their insurance agent to make sure they are completely protected against the kinds of risks we face today.” 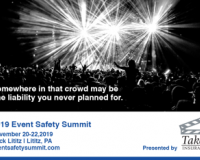 Take1 Insurance Returns As Presenting Sponsor Of The 2019 Event Safety Summit
Wednesday, May. 1, 2019 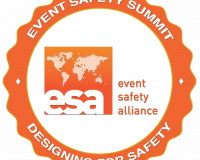 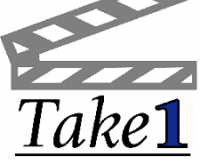 Leading entertainment industry insurance solutions provider Take1 Insurance today announced that it will serve as the Presenting Sponsor of the 2018 Event Safety Alliance Summit. The three-day summit will take place November 28 to... 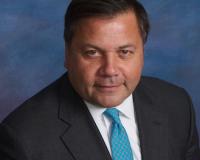 Third Take1 Webinar To Focus On The Best Utilization Of The Event Safety Guide
Wednesday, May. 14, 2014

After focusing on general and weather-related event safety issues in its first two precedent-setting webinars, Take1 Insurance and the Event Safety Alliance (ESA) will take a more focused, practical look at how to best utilize the ESA...