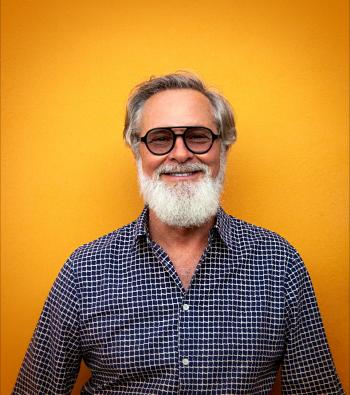 Full-service creative agency hi5.agency announces the addition of Paul Rollens as Head of AV. Rollens brings his wealth of experience to take hi5.agency, a shop especially known for its fan-first approach to integrated storytelling, and achieve that level of notoriety for its AV work across trailers, tv spots, promos, and original content.
LOS ANGELES
--(SPW)--

Full-service creative agency hi5.agency grows stronger with the addition of Paul Rollens as Head of AV. Rollens brings his wealth of experience to take hi5.agency, a shop especially known for its fan-first approach to integrated storytelling, and achieve that level of notoriety for its AV work across trailers, tv spots, promos, and original content.

Paul Rollens, a multi-Clio Award-winner, has remained adaptable and innovative throughout his career, starting out in the theatrical world and moving into the realm of broadcast and streaming. Whether crafting trailers for blockbusters or leading a creative team on a six-second digital spot, he makes sure the work always strikes an emotional chord with the viewer.

Rollens was delighted by the opportunity to join hi5.agency, having worked with Head of Strategy Raimy Rosenduft in the past, “Happily, they were looking for a creative director with the traditional experience and leadership to complement their modern creative strategies and integrated approach.”

Rosenduft remarks, “Paul and I have collaborated for years. He has taught me so much about storytelling and how to be calm in the most challenging scenarios because his moral compass is properly calibrated. He is a masterful storyteller, and his legacy and knowledge coupled with our truly integrated, strategic approach to the campaign narrative positions hi5.agency at the center of the 21st century agency model.”

One of L.A.’s original punks, Paul Rollens is known for his attention to detail, strong narrative and distinctive music choices, and is considered one of the most experienced AV creative directors working in the industry today. Beginning as a theatrical actor in LA, Rollens supported himself by working at post houses. When the opportunity to edit arose, he learned he had a passion and natural talent for it, and decided to do post work full-time.

Rollens continues to apply the ethos of the early LA punk scene to his artistic endeavors, saying, “It influenced my thinking in general and is still a reminder of how art and music can change a person’s life. When I started as an editor this philosophy impacted how I approached the work. I didn’t pay attention to the rules of editing. I broke them without any fear.”

As Senior Editor at Kaleidoscope Films for 14 years, Rollens applied his unique vision to countless campaigns and film trailers, including numerous Steven Spielberg projects such as Amistad, Schindler’s List, and Saving Private Ryan (which won the Clio Best in Show Award for Key Art). Rollens says his experience as an editor directly informs his approach as creative director. “I was in the trenches creating the work from scratch, making choices of style, story and tone. The editors and creatives I work with feel comfortable with me because they can show me rough work and know that I understand the process from the inside.”

Rollens was later hired by B. L. T. Communications to build an entirely new AV division within the existing print agency. Throughout his 16 years as President and Creative Director AV, Rollens oversaw the creation of more than 500 campaigns, including The Hangover trilogy, Watchmen, and Kathryn Bigelow’s Zero Dark Thirty and Detroit. He expanded the division from exclusively theatrical work to include broadcasting by launching FX Networks’ It’s Always Sunny in Philadelphia, Baskets, Archer, and You’re the Worst. Broadening further to include streaming and original content, Paul has produced campaigns for Transparent, The Man in the High Castle, Catastrophe, Fleabag, and All or Nothing.

“We couldn’t be more excited about the experience and leadership that Paul will bring to our AV offering,” says Matt Sample, President and Chief Creative. “We are proud to have created a brand that industry creatives are excited to be a part of. Paul is a great example of how taking the work seriously and not ourselves strikes a chord with premium creatives that love what they do and have fun doing it.”

VP and Head of Process Hilary Joyner looks forward to Paul rounding out the seasoned team as they continue to bring forth the cutting-edge work that hi5.agency thrives on. “Paul’s keen eye, knowledgeable insight, and high-caliber methods of working are an excellent complement to our current AV capabilities. We are overjoyed to welcome him into the fold.“

Rollens responded by saying, “It’s inspiring to join an agency with so much potential. The people, philosophy and processes in place are grounded in creativity and service. I feel respected for what I can bring to the agency and I’m excited about the future!”

Narratives remain at the heart and soul of hi5.agency’s campaigns for films, entertainment and brands alike. The Shorty Award-winner for 2017 Mid-Sized Agency of the Year, hi5.agency has made waves in the industry with work for titles including Fox’s Logan, Paramount’s Annihilation, Marvel blockbusters like The Punisher, Defenders, and Jessica Jones for Netflix, as well as record breaking shows for the streaming giant such as Lost in Space, Santa Clarita Diet and 13 Reasons Why.