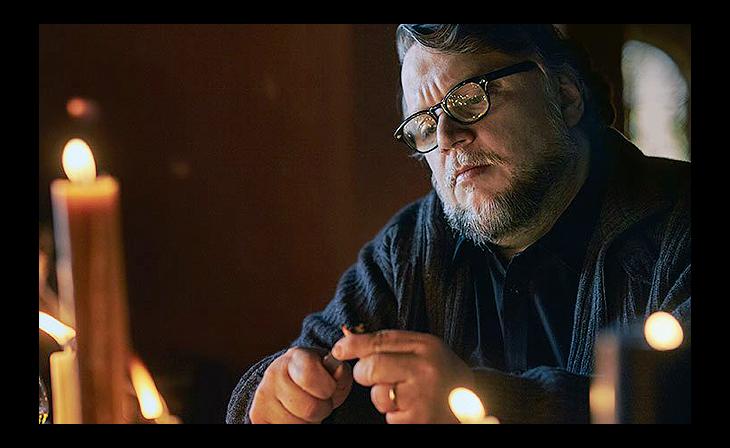 Narrated by Director Guillermo del Toro, the Patrón Tequila spot intercuts shots of the director himself working at a candle lit desk. 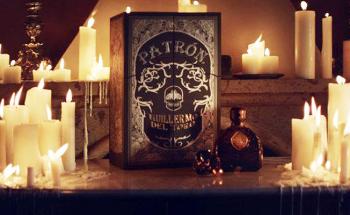 Filmmaker Guillermo del Toro is known for his poetically spooky visuals and sublime use of music and sound design to tell his distinctive stories. Not surprisingly those same traits are found in “Patron x Guillermo Del Toro.”  The short film was directed by Casey & Danielle of production company MINDCASTLE, Seattle, WA, for Patrón Tequila and agency The Brooklyn Brothers, and features sound design and audio mix, as well as additional music and arrangement from HOBO Audio.

The 2-minute plus short, which can be seen on YouTube, as well as on Patrón’s website and social media channels, was created in support of a new, limited edition tequila blend created by the famed director that features an intricately designed brand packaging and an original, one-of-a-kind graphic novel created by del Toro.

“The Brooklyn Brothers came to us because they felt we were the right creative fit and our team could heighten the tension of this piece with sound design that would really make it sizzle,” Howard Bowler, President of HOBO Audio says. “As the project went along their trust in us led them to asked us to create some additional music as well. Because of del Toro’s involvement, we wanted to bring an extra level of cinematic quality to this project.”

Bringing that cinematic quality fell on the shoulders of HOBO Engineer/Sound Designer Diego Jimenez, who enhanced the drama via sound design, original foley and audio mix; and composer Oscar Convers, who created additional music for the short.

“I’m big fan of del Toro’s films and for this project I was aiming to match the same level of creative sound design and audio post one would hear in his films,” Jimenez says. “He is a master of using audio to enhance the mood and atmosphere. My goal was to create something on the level of his best work.”

Narrated by del Toro, the spot intercuts shots of the director himself working at a candle lit desk as he discuses how the making of fine tequila is similar to that of spiritual rebirth, a major these in his films. Speaking of the agave plant, a key ingredient in tequila, he says: “ First the life of the agave must be taken. Its hidden heart must be revealed, and out of that heart its life-blood flows. Only in this way can it be reborn into a new spirit. And when the time is right that spirit will enter a new body.”

As del Toro speaks, we see a montage of the ritual sacrifice of the agave -- a farmer working his field using a pickaxe and shovel to unearth the agave plant, reveal its core fruit and burn it in a vast brick oven. The director’s voiceover is accompanied by nuanced sound design and foley elements of the farmer hacking at the agave plant, separating its core from bark and leaves surrounding it and burning it.

“For the sequence with the farmer we wanted to build more tension and add a sense of darkness, making it more visceral in terms of what he’s doing, which is killing the agave plant to make tequila,” Jimenez says.

Musically, Convers was tasked with taking the original score from music house Vonavi, Berlin, Germany and building on its percussive themes in a way that propelled the visuals.

“They had the score already, but they added a lot of footage, so there was some holes in the film where there wasn’t sound or music,” Convers says. “It was lacking energy in some of the scenes and The Brooklyn Brothers wanted it to feel a little scary and disorienting. We found the right blend of violins, cellos and violas, and worked off the main theme. That subtle orchestration, arranged into the existing score, helped bring out the drama of the piece.”