The Interactive Advertising Bureau (IAB) today released the “What Works & Why: IAB Global Insights Report 2016,” showcasing case studies exploring two dozen award-winning campaigns from around the world, and featuring perspectives from 28 leaders across the international digital marketing and media landscape. The report focuses on boundary breaking campaigns in interactive advertising, curated from the international IAB MIXX Awards programs and other similar honors.

These award-winning campaigns spotlight three emergent topics within the industry:

Among the many senior executives interviewed, four who participated in Q&As to investigate nascent trends and opportunities were:

A veritable “who’s who” of digital leaders in the global interactive advertising industry provide additional expert perspectives and insight:

Each of the report’s case studies includes clear-cut metrics, digital video, and commentary that reveal the strategy and success of these award-winning campaigns, designed for a variety of brands and audiences including:

“Digital marketing, a borderless medium, is transcending boundaries and connecting with people through experiences in increasingly innovative ways,” said David Doty, Executive Vice President and CMO, IAB, who also heads the organization’s international efforts. “As in prior years, the industry luminaries who provide insights confirm that digital is a bastion for creativity that continues to surprise and delight audiences around the world.”

About IAB
The Interactive Advertising Bureau (IAB) empowers the media and marketing industries to thrive in the digital economy. It is comprised of more than 650 leading media and technology companies that are responsible for selling, delivering, and optimizing digital advertising or marketing campaigns. Together, they account for 86 percent of online advertising in the United States. Working with its member companies, the IAB develops technical standards and best practices and fields critical research on interactive advertising, while also educating brands, agencies, and the wider business community on the importance of digital marketing. The organization is committed to professional development and elevating the knowledge, skills, expertise, and diversity of the workforce across the industry. Through the work of its public policy office in Washington, D.C., the IAB advocates for its members and promotes the value of the interactive advertising industry to legislators and policymakers. There are 42 IABs licensed to operate in nations around the world and one regional IAB, in Europe. Founded in 1996, the IAB is headquartered in New York City and has a West Coast office in San Francisco. https://www.iab.com/

The IAB Technology Laboratory has released an upgrade to the “IAB Display Creative... 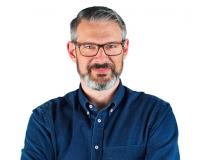