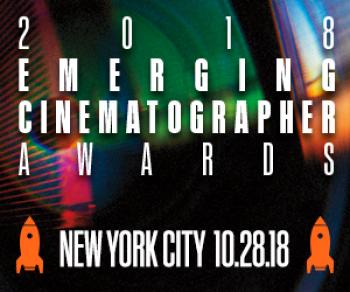 As part of its national tour, the ECA's debuted in Los Angeles on Sept. 30, 2018, at the Directors Guild of America (DGA) Theater. Additional screenings will take place in Atlanta at the SCADshow and in Chicago at the Logan Theatre, both taking place on Nov. 4.

The honorees, who have been selected from 105 submissions, are:

Steven Poster, ASC, President of the ICG, said, "The Emerging Cinematographer Awards are a terrific opportunity for our members who are about to take the leap into cinematography. These honored films show that they are already Directors of Photography."

Jimmy Matlosz, Chairman of the guilds ECA committee added, As we enter into our 22nd year, the ECAs are one of the only awards shows that recognize the art of cinematography in short films in the world. I am continuously inspired by the filmmakers and feel proud to be in such great company of honorees, sponsors and staff. We are excited to once again bring the ECA films to New York for a screening at the School of Visual Arts for the seventh year. Between the fantastic venue and the great films, we look forward to another successful event.

ICG's Emerging Cinematographer Awards gives Local 600 members an opportunity to present themselves as directors of photography by submitting a short film with a running time of 30 minutes or less for consideration. The awards are open to any member of the Guild who is not already classified as a director of photography. The films are selected by a panel of ICG members from across the country and can be also be seen by a wider audience at selected film festivals throughout the year, including Camerimage in Poland. Over the years more than 1,000 short films have been submitted, proving that there is a needed forum for budding cinematographers to show their craft.

For more information about the ECAs go to: http://ecawards.net/ or contact MaryAnne MacDougal.

For a flyer and graphics: https://bit.ly/2EaYrN0

About THE INTERNATIONAL CINEMATOGRAPHERS GUILD (ICG)
The International Cinematographers Guild (IATSE Local 600) represents more than 8,500 members who work in film, television and commercials as directors of photography, camera operators, visual effects supervisors, still photographers, camera assistants, film loaders, all members of camera crews and publicists. The first cinematographers union was established in New York in 1926, followed by unions in Los Angeles and Chicago, but it wasnt until 1996 that Local 600 was born as a national guild. ICG's ongoing activities include the Emerging Cinematographer Awards and the ICG Publicists Awards Luncheon. The Guild also publishes the award-winning ICG Magazine www.icgmagazine.com.

The International Cinematographers Guild (ICG, IATSE Local 600) has announced the recipients of special awards as part of the ICG’s Emerging Cinematographer... 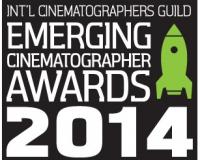 The International Cinematographers Guild (ICG, IATSE Local 600) has announced the recipients of special awards as part of the ICG’s ...