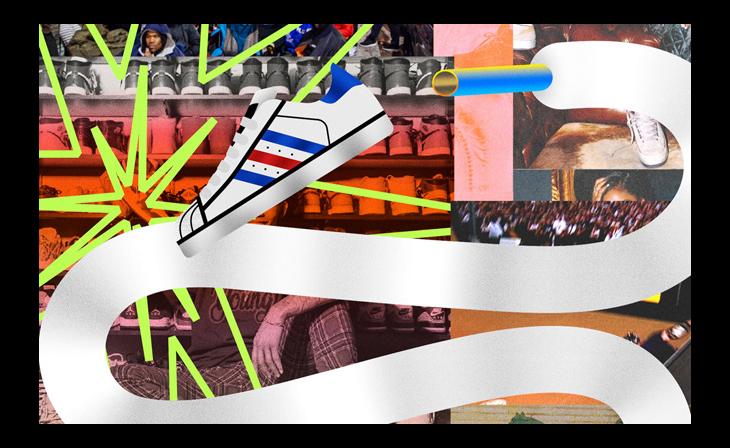 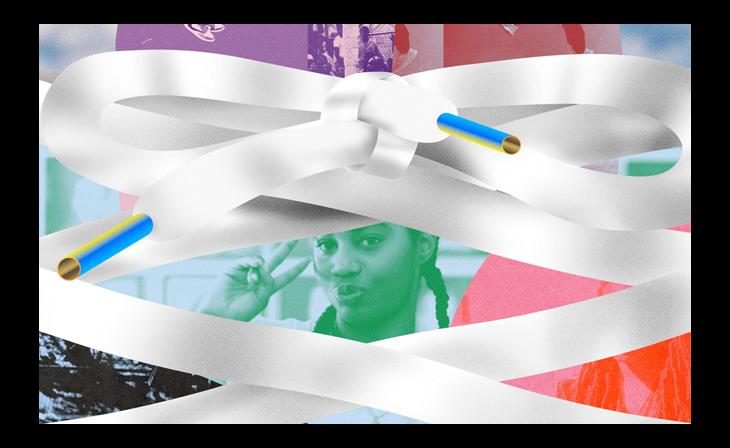 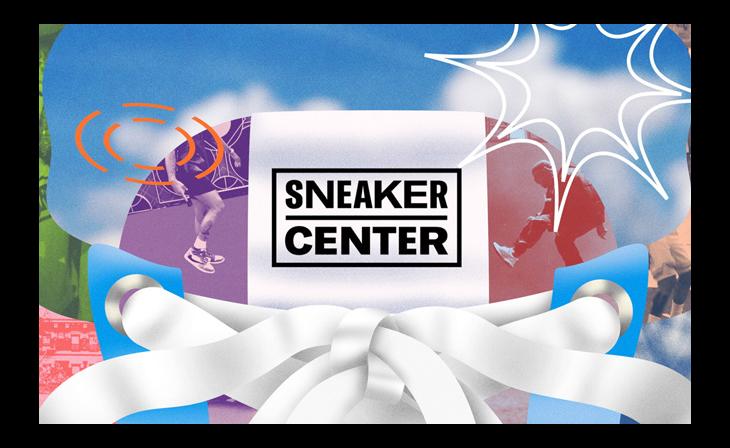 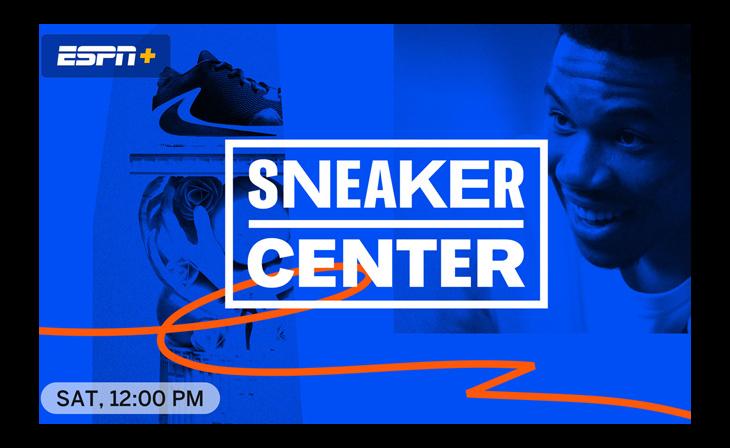 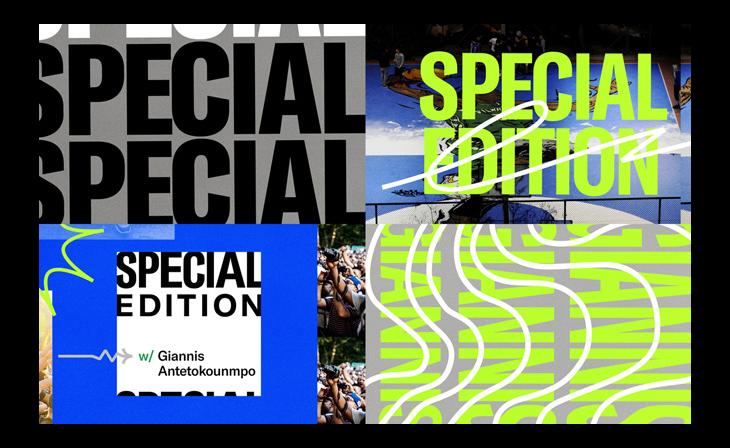 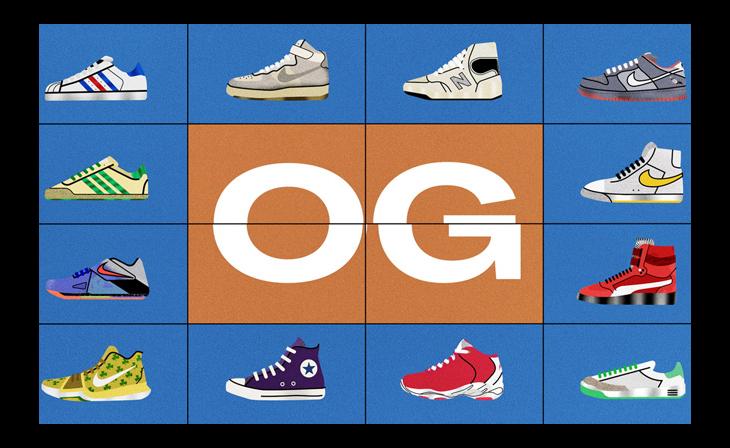 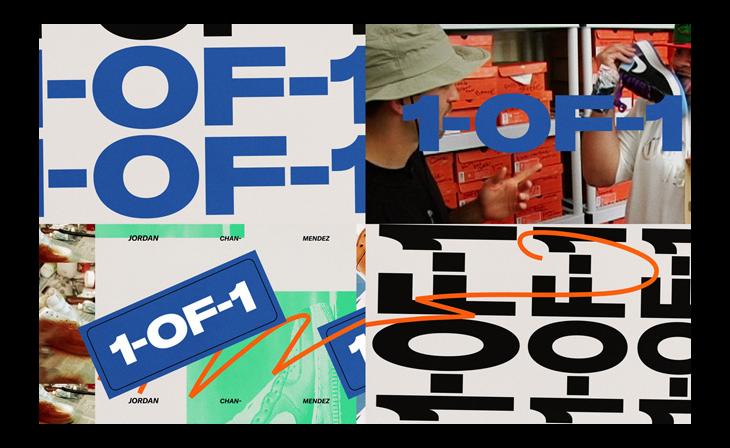 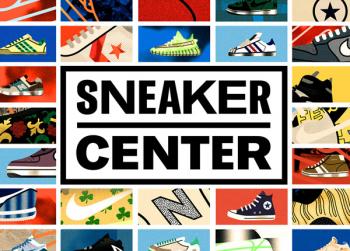 In its special preview episode, SneakerCenter sat down with NBA MVP Giannis Antetokounmpo, just as Nike was readying for the historic release of his first signature shoe, the Zoom Freak 1. Each new episode will be anchored by a similarly unique narrative, supported by a rotating set of "mix tape style" segments taking fans deep into every aspect of the sneaker movement.

To create the show's iconic logo, its animated opening, and all the custom graphics appearing throughout the show, Bobbito and ESPN's production partner Hock Films turned to the accomplished team at NYC-based creative studio BLOCK & TACKLE (B&T).

According to Bobbito, "Collabing with BLOCK & TACKLE on SneakerCenter was like putting on a pair of track cleats then sprinting out the gate and never looking back. Kapow! We had hard deadlines from ESPN but we met all of them and at the same time pushed the envelope, I think, for what is known creatively from that network..."

Excited to work with B&T after viewing the company's latest reel, the show's legendary director's deep focus on the show's visual identity was clear from the start. "Not only did it need to reflect 90's hip-hop and NYC street basketball culture, but also the diverse, global trends pioneered by current influencers," Adam explained. "The show is a celebration of all things sneaker, and an education on the history of design and innovation behind today's sneaker culture. As one of the world's foremost authorities on these subjects, Bobbito continually emphasized the need for authenticity, positivity, and high energy."

For Megan, the opportunity to expand B&T's longstanding track record with ESPN specifically for an ESPN+ series - targeting 13-24-year-olds - was especially exciting. "We knew we had to design for mobile first, and make everything feel high-energy and fun," she said. "So, not only did the show's identity need to authentically represent sneaker culture, it also needed to be clean and engaging across multiple devices, and stand out among the app's show index."

Steeped in Bobbito's encyclopedic knowledge of important brands, classic silhouettes, and relevant cultural moments, B&T's team designed the show open as a freeform timeline through sneaker history. Dubbed "Laced Up" - the open deploys a set of animated laces crisscrossing upward, creating different windows for imagery to live in. The camera travels up the shoe and catches the laces tying a knot as the logo appears on the sneaker's tongue. "That structure really grounds the open and also sets a reverent but playful tone for the rest of the show," said Ted.

Given SneakerCenter's grand ambitions, nailing down the logo was no "small feet." Drawing further inspiration from sneaker aesthetics like stitching, treads and laces, B&T's minimalist hero logo honors ubiquitous sneaker-tongue brand patches, with varying font weights for added playfulness. "From that mark, we expanded to include an icon that could be used across social platforms and other marketing verticals," Megan added.

B&T's designers also created over 40 custom illustrations of seminal sneaker silhouettes which appear throughout the package. Balancing the open's chunky illustration style with these sneakers' textural details required a total team effort. Ultimately, the illustrations and other design elements were compiled into customizable toolkits for ESPN to use in subsequent episodes. Those include five customizable title card templates for regular show segments, and multiple variations of lower-third graphics and animated transitions.

"SneakerCenter is exactly the kind of collaborative project we love: a hot topic, forward-thinking clients, and a touch of mischievousness," Adam concluded. "The team at Hock had a clear vision of where to take the show, and their counterparts at ESPN were wonderfully supportive. We can't wait to expand the package over subsequent episodes."

Complete project credits are available upon request. Watch "SneakerCenter" on ESPN+ at https://plus.espn.com.

About BLOCK & TACKLE
BLOCK & TACKLE is a creative studio focused on conceptual design and visual storytelling. Launched in NYC in 2014, B&T has been named among The New York Times' "The Selects" group, honoring the world's top creative talent. Passionate about providing its forward-thinking clientele highly original solutions from concept through delivery, B&T is built to move – with artistry that is earnest, considered, and a little mischievous. Learn more: http://www.blockandtackle.tv.