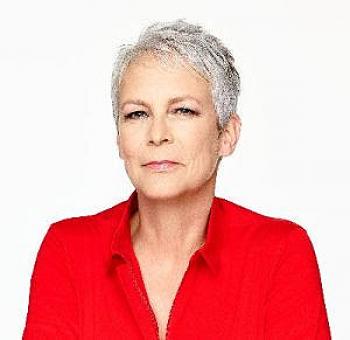 “We are thrilled to honor Jamie Lee Curtis, who has created a celebrated body of film and television work that spans many genres. Who wasn’t frightened by her Laurie Strode character in Halloween – and just as terrified in her reprise portrayal 40 years later? Her artistic talents have generated a legacy of characters that are embedded in our minds forever.  We are honored to spotlight her varied and award-winning career,” said ICG National President Steven Poster, ASC.

Curtis has demonstrated her versatility as a film actress having performed in over 55 films. She has garnered numerous awards and acclaim for her work in blockbusters such as True Lies, winning a Golden Globe Award; Trading Places, earning a BAFTA for Best Supporting Actress; A Fish Called Wanda, receiving Best Actress nominations from BAFTA and the Golden Globes; and Disney’s Freaky Friday, winning a Golden Globe® nomination. It was her starring role in Halloween that brought her to the attention of audiences worldwide. In 2018, Curtis revived that signature character in Jason Blum’s record-breaking version of Halloween, directed by David Gordon Green. Its opening weekend was the biggest debut ever, for any movie in any genre, to feature a female lead character over 55 years of age.

Curtis is also a New York Times best-selling children's book author of 13 books. Her latest book Me, MySelfie & I: A Cautionary Tale was released last September.

Curtis has a deep and active connection to many children’s charities. She has worked closely with the Starlight Children’s Foundation and Children Affected by AIDS Foundation and was a board member of Children’s Hospital of Los Angeles and CASA (Center for Addiction and Substance Abuse) at Columbia University. Curtis and her husband are longtime supporters of the ACLU, People for the American Way and the NRDC, among many other causes.

Curtis received a star on the Hollywood Walk of Fame in 1998. She is the daughter of legendary actors Janet Leigh and Tony Curtis. She has been married to actor/director Christopher Guest for 34 years and has two children.

Awards chair this year is Tim Menke with Sheryl Main serving as co-chair. Final online balloting will be held Jan. 14 – Feb. 4, 2019 and winners will be announced at the lunch ceremony on Friday, February 22, 2019.

About THE ICG PUBLICISTS: Entertainment Publicists first formed a union in 1937 as the Screen Publicists Guild, later becoming the Publicists Guild. In 2002 the Publicists Guild merged with the International Cinematographers Guild (Local 600). The first Publicists Awards Luncheon was held in 1964 and has since grown to an event attended annually by up to 800 Publicists and Motion Picture and Television industry leaders. Many of the greatest actors, directors and executives have been honored with Motion Picture and Television Showmanship Awards and Lifetime Achievement Awards including Steven Spielberg, James Cameron, Tom Hanks, Jeffrey Katzenberg, Jerry Bruckheimer, Kevin Feige, Arnold Schwarzenegger, Clint Eastwood, Shonda Rhimes, Julie Andrews, Harrison Ford, Sylvester Stallone, Carol Burnett, Kirk Douglas, Garry Marshall, Stanley Kramer, Paul Newman, Joanne Woodward, Bob Hope and Jerry Lewis. In addition, the members honor their own through the Maxwell Weinberg Publicist Showmanship Awards for publicity campaigns, the Bob Yeager Award for Community Service and the Les Mason Award, the greatest honor to be paid to a publicist. The ICG Publicists also publishes the Annual ICG Publicists Membership Directory. For more information about the ICG Publicists Awards, visit: www.icg600.com/ABOUT-US/Awards/Publicists-Awards | www.ICG600.com | #PublicistsAwards

About THE INTERNATIONAL CINEMATOGRAPHERS GUILD (ICG, Local 600): The International Cinematographers Guild (IATSE Local 600) represents more than 8500 members who work in film, television and commercials as directors of photography, camera operators, visual effects supervisors, still photographers, camera assistants, film loaders, all members of camera crews and publicists. The first cinematographers’ union was established in New York in 1926, followed by unions in Los Angeles and Chicago, but it wasn’t until 1996 that Local 600 was born as a national guild. ICG’s ongoing activities include the Emerging Cinematographer Awards and the Publicists Awards Luncheon. The Guild also publishes the award-winning ICG Magazine. 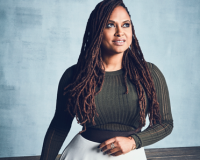 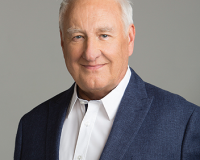