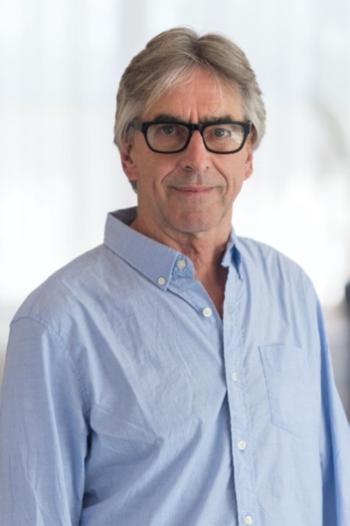 Following a special online meeting of the International Cinematographers Guild’s (ICG, IATSE Local 600) National Executive Board, John Lindley, ASC, has been elected as the guild’s new national president. A guild member for 32 years, Lindley was the second national vice president and has served on the National Executive Board for 13 years. This election, held within 30 days in compliance with the guild’s Constitution & Bylaws, follows the resignation of the previous national president, Lewis Rothenberg, eight months into his three-year term. Lindley was elected with an overwhelming majority on the first online ballot and will serve out the remainder of Rothenberg’s term.

Lindley stated, “I am honored to be elected by the National Executive Board to serve the members of Local 600 as National President at this challenging time of change in the industry and our country. I am also grateful to Dejan Georgevich, ASC, for stepping in as interim national president and for the commitment and skill of National Executive Director Rebecca Rhine and the entire staff. Our leadership team will now continue the important work of our members and our union.”

Baird Steptoe Sr. Elected Second National Vice President to Replace John Lindley
Baird Steptoe Sr., first assistant, was elected as second national vice president to fill the vacancy created by John Lindley, the previous office holder, in an additional election held at the same NEB meeting in compliance with the guild’s Constitution & Bylaws. Steptoe, whose two sons are also members of the ICG, has been a member of Local 600 for 45 years and on the NEB for 13. A long-time guild activist, his leadership and dedication to the craft, industry and the membership has been demonstrated by his involvement with the technician’s rate arbitration, training, diversity and safety committees and most recently as a chairperson for the Shop Steward program. Notable career credits include Congo, The Bodyguard, and The Happening. The Society of Camera Operators (SOC) honored Steptoe with their Camera Technician Lifetime Award in 2013.

Rebecca Rhine, national executive director of the guild stated, “On behalf of the staff, I want to congratulate John and Baird and express my appreciation to all of the officers and board for their commitment and support. The collaboration between elected members and staff is essential to our ability to get the work done our members expect and deserve.”

Voting Conducted Online to Alleviate COVID-19 Safety Concerns
As dictated by the guild’s Constitution & Bylaws, the election was required to take place within 30 days of the February 14 resignation of the former national president. The ICG modified the original plans for an in-person meeting in Los Angeles, and decided to hold regional meetings in Los Angeles, Atlanta, New York and Chicago, and ultimately online, to address the safety concerns created by the outbreak of the COVID-19 virus. The 93 seated board members or alternates across the country logged on to ZOOM to participate in the complete nominating and voting process. TrueBallot, Inc., who conducted the guild’s election in 2016, administered the online election to provide secure and confidential voting and tabulation in real time. The process was monitored by members of the guild’s election committee, Heather Pearson, in-house counsel, and James Stewart, a professional registered parliamentarian, who has been retained by the ICG for the last year to observe board meetings and consult on established parliamentary procedures.

About THE INTERNATIONAL CINEMATOGRAPHERS GUILD (ICG, Local 600)
The International Cinematographers Guild (IATSE Local 600) represents approximately 9,000 members who work in film, television and commercials as directors of photography, camera operators, digital imaging technicians, visual effects supervisors, still photographers, camera assistants, film loaders, all members of camera crews and publicists. The first cinematographers’ union was established in New York in 1926, followed by unions in Los Angeles and Chicago, but it wasn’t until 1996 that Local 600 was born as a national guild. ICG’s ongoing activities include the Emerging Cinematographer Awards and the Publicists Awards Luncheon. The guild also publishes the award-winning ICG Magazine. 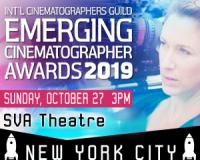 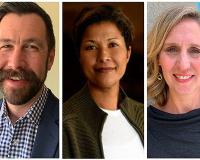 The International Cinematographers Guild (ICG, IATSE Local 600) is undergoing major staff changes in both their Western and Eastern Region offices, it was announced by National Executive Director Rebecca Rhine. 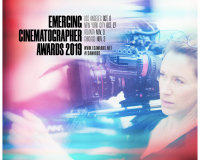 The International Cinematographers Guild  (ICG, IATSE Local 600) has named 10 honorees for the 2019 Annual ...

The International Cinematographers Guild (ICG, IATSE Local 600) has released the preliminary results of its national elections. The 8,600-member union has elected Digital Imaging Technician Lewis Rothenberg to his first three-year term as...